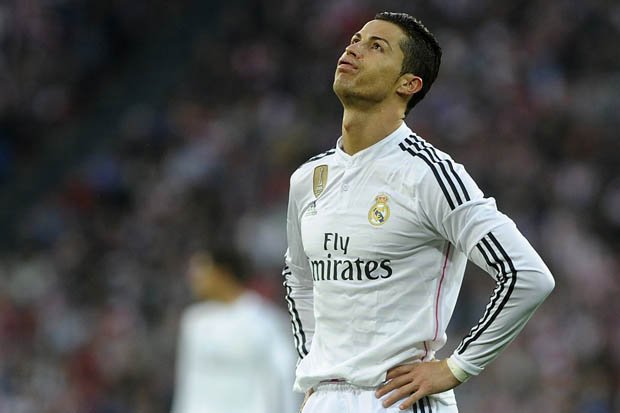 Villarreal piled the pressure on under-fire Real Madrid coach Zinedine Zidane as they snatched a 1-0 win over the struggling La Liga champions at the Bernabeu.

Real reached the quarterfinals of the Copa del Rey — where they will face Leganes — in midweek, but started the day 16 points behind rivals Barcelona in the league.

And that massive gap remained in tact after a sublime finish from Pablo Fornals finished off an 87th-minute counter-attack from the Yellow Submarine, who had goalkeeper Sergio Asenjo to thank for a number of vital saves.

After Gareth Bale saw his header correctly ruled out for offside, Asenjo saved superbly from Marcelo’s thunderous drive and Ronaldo’s free kick, before also denying Ronaldo from close range on the stroke of half-time.

According to ESPN, Asenjo made a number of more routine saves in the second period before the visitors cleared a late Real corner and set Denis Cheryshev clear down the left.

The half-time substitute found Enes Unal in the centre of the penalty area and, although Unal’s shot was blocked by the onrushing Keylor Navas, it landed for Fornals to chip a first-time shot over the despairing goalkeeper.

Atletico Madrid were indebted to goalkeeper Jan Oblak as they closed the gap on Barcelona to six points with a narrow 1-0 win at Eibar.

The visitors scored what would prove to be the only goal of the game in the 27th minute when Antoine Griezmann cut the ball from the right towards Kevin Gameiro, who slotted past the on-rushing Marko Dmitrovic from close range.

Eibar, who were looking to break into the top six, went close to an equaliser just after the hour when Joan Jordan’s header forced a brilliant save from Oblak.

The Slovenian was again alert with 11 minutes left to stop a header from Paulo Oliveira after a corner, and the instrumental Oblak again showed fine reactions to keep out a low effort from Takashi Inui.

In the early kick-off, Michael Olunga scored a 22-minute hat-trick on an historic day for Girona as they thrashed bottom club Las Palmas 6-0 at Montilivi.

Kenya striker Olunga, who is on loan from Chinese club Guizhou Zhicheng, struck in the 57th, 70th and 79th minutes to become the first player to record a top-flight treble for Girona.

The win was also Girona’s biggest in La Liga — this season being their first in the division — and most comprehensive victory in any competitive match in four years.

Cristhian Stuani’s penalty midway through the first half was all that separated the teams at the interval, but Girona went to town after the break as Las Palmas crumbled to a 14th defeat in 19 league matches this term.