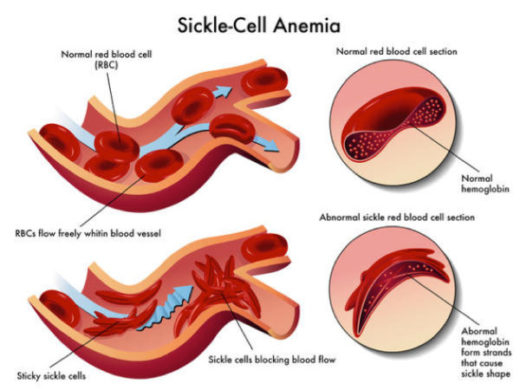 Dr Nnenna Ezeigwe, the National Coordinator, Non-Communicable Diseases Division in the ministry, made this known during the presentation of Hemo TypeSC, a new point-of-care test for the detection of sickle cell disease in Abuja on Tuesday.

She said the Federal Government had made a lot of investment in providing early interventions for people living with the disease in the country.

“The main objective of that investment is not effective because we discovered that government cannot fund the logistics for the movement of the blood samples from one point to the other.

“With the presentation today, we can do away with the issue of logistics of moving blood samples from one point to another as the technology is simple and anybody can do it,” Ezeigwe said.

She said the kit could be used either at home or at the point of care, adding that the test would enable the person being tested to know if he has a sickle cell gene within 10 minutes.

According to her, the kit will be able to tell if the hemoglobin is AS, SS, AA or AC.

She added that implementation of newborn screening required the movement of blood samples to reference laboratories and other expensive equipment.

Nnodu said the society had chosen the immunisation points at Primary Health Care Centres to ascertain the viability of the product to provide sickle cell disease newborn screening.

“The test kit is for everybody because we wanted to see newborn screening work in the Nigerian public health system, we narrowed it down to children aged zero to nine months.

“Our findings revealed that the product can be used for newborn screening of sickle cell disease,’’ she said.

According to her, about 1.8 per cent of children aged zero to five in Nigeria have sickle cell.

“This is not less than four million of the population when we were 160 million and it is more now since we are more than 160 million.’’

She noted that the prevalence rate of sickle cell disease was as low as 0.5 per cent when the survey was conducted within the adult population.

Nnodu explained that most of the people with the disease died before the age of five due to lack of adequate intervention at the early stage of the disease.