Man arrested for having sex with goats 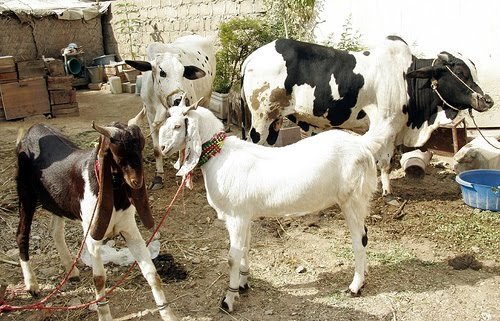 A man in Kenya has been charged with having unnatural acts with two goats belonging to his neighbour.

The 35-year-old man was accused of killings the goats immediately after committing the heinous act.

According to BBC, the prosecution presented the carcasses of the two goats as evidence before a shocked courtroom in Kangundo, east of the capital Nairobi.

The accused told the court he was tortured and beaten by police who arrested him.

The magistrate ordered the man be taken to hospital for treatment following the alleged beating and released him on $1,000 bail, or surety equivalent to the same amount.

Kenyan law imposes a prison sentence of up to 14 years for anyone found guilty of bestiality.

Such cases are not new in the country. Last March, a man was jailed for 15 months for having unnatural act with a chicken in western Kenya, claiming he was too afraid to chat up women.