Rural youths, women to undergo training on Agribusiness in 2018 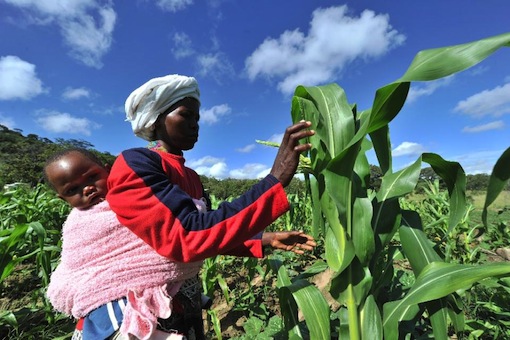 The Director, Extension Services of the Federal Ministry of Agriculture, Mrs. Karima Babangida disclosed this in an interview with newsmen in Kano on Tuesday.

The Director was in Kano for an advocacy visit and for the sensitization and selection of Youths and Women Cooperatives under the first phase of the programme to conducted in 24 states and Abuja.

According to her, the aim of her visit was to inform the state government on the new initiative of the Federal Government and to solicit support for the programme to succeed.

She added that the State’s Government support can assist the target groups to move from subsistence agriculture to agribusiness.

“The Programme’s goal is to promote community-based on-farm and off-farm business activities as a model for job and wealth creation among women and youths in rural and suburban households.

“This will be done by linking beneficiaries to financial institutions, market, capacity building and input”, the Director said.

She added that a key measurable outcome of the LIFE Programme is the creation of a mechanism to direct beneficiaries to agribusiness careers for sustainable income generation and livelihood opportunities.

She said, “The initial primary focus of the programme is post-harvest loss prevention. To this end, a team made up of professional officers from the Ministry of Agriculture is here to fast track the immediate take-off of the programme.”

She emphasised that the team will sufficiently interact with relevant state and Local Government Officials to carry out its assignment of Collecting data on key gaps needed to be filled to assist selected women cooperatives and youth groups to improve their on-farm and off- farm business activities”.

According to her, the visit would also enable the team to inspect the status of infrastructural facilities built by the state in its communities as well as those built by Federal Ministry of Agriculture and Rural Development (FMARD).

She said such as One Stop Shops, to enable the Ministry carry out necessary activities that would put them into effective use by the cooperatives and the community in general.

“From each community, five cooperatives will be identified, and a total of 60 cooperatives from each of the 24 states would be Selected, “she said.

She said at the end of the exercise, the final selection of beneficiaries under the LIFE Programme will be made, where two cooperatives will be selected per community visited.

According to her, the remaining 12 states would also participate in the next phase of the programme.