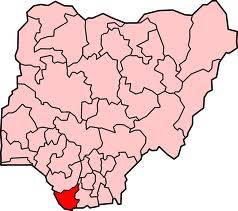 The Bayelsa Government on Wednesday said most of its policies were tailored toward ensuring a better life for the youths of the state because of their critical role in society.

Mr Daniel Iworiso-Markson, the state Commissioner for Information and Orientation, said this in Yenagoa while addressing the new executives of the Bayelsa Youth Federation (BYF).

Iworiso-Markson said the state government recognised the‎ importance of youths and was working hard to secure their future.

“This government is today preparing your future to make you have a better and prosperous life.

“You have seen our projects across the state. They are designed to provide employment and empowerment opportunities for you all.

The commissioner enjoined them to reciprocate the gesture by supporting the various development programmes of government.

He condemned the attitude of some youths ‎who engaged in social vices and urged the new executives to join government in its fight against kidnapping, armed robbery and other crimes.

“So, take the message out. Kidnapping does not pay; armed robbery is not the way.

“There is an opportunity for every youth in the state to excel, but we want your support ‎so that we can do more for you.

“Looking at your faces, I can see that you represent the future of this state; you are the future leaders of Bayelsa State.

“It is not every time you see youths organise themselves to indicate interest in supporting government development programmes,” he said.

Earlier, the President of the youth federation, Mr Akumolate Billy-Ikeke, said the visit was aimed at partnering with the state government and giving the youths a sense of direction.

Billy-Ikeke thanked the commissioner for the interface and applauded him for showcasing Bayelsa to investors and the world at large.