Ogun Speaker declares intention to contest for governor in 2019 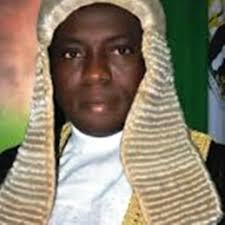 The Speaker, Ogun House of Assembly, Mr Suraj Adekunbi, on Wednesday, announced his intention to contest for governor in 2019.

Adekunbi made the disclosure when he met with members of All Progressives Congress (APC) in Yewa North Local Government at Ayetoro.

The speaker said it was time for Ogun West Senatorial District to produce a governor in the state.

He appreciated Gov. Ibikunle Amosun for his support, and promised not to disappoint the people if he eventually becomes the governor.

‘‘I believe we all know what we want in Ogun West and God will grant our wish.

‘‘So do not listen to lies, it’s because they are afraid and I am sure that more lies are still going to come up.

“Our people from Ijebu, Remo and Ogun Central have drummed support for Ogun West and Ayetoro person to be the next governor and I assure that we won’t disappoint them.

“I have been the Speaker of the State House of Assembly for almost seven years now and your prayers and your support has not allowed me to fail,” he said.

Adekunbi said that the present administration had laid a formidable foundation for the transformation of the state through inclusive and people-oriented governance.

The speaker, accompanied by a member of the House, Olayiwola Ojodu, said that the support of the state legislature contributed enormously to the success of the administration.