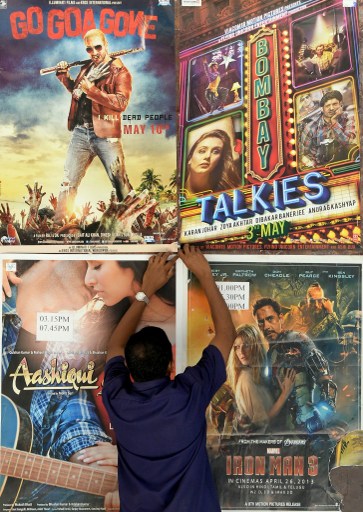 An Indian employee of the New Excelsior Theatre prepares to remove a poster from a display board in Mumbai on May 3. AFP Photo

India’s Supreme Court Thursday overturned a ban on a Bollywood film imposed by four states ahead of its country-wide release later this month.

The ban on Padmaavat was imposed by the western states of Rajasthan and Gujarat as well as northern state of Haryana and central state of Madhya Pradesh, citing law and order problems after protests by the Rajput community.

A three-judge bench, headed by Chief Justice Dipak Misra, did strike down the ban after the producers of the film approached the court.

“We direct that there shall be a stay of operation on the notification and orders issued and we also restrain other states from issuing such notifications or orders in this matter,” the court ruled, adding that the states “are obliged” to maintain law and order.

“We respect the court’s decision. Everyone in the country abides by the Supreme Court.”

The film has already been cleared by India’s Central Board of Film Certification.

It will hit theatres across India soon.