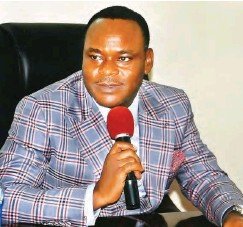 The Ebonyi Government says it has commenced the sanitisation of its ministries to correct detected administrative flaws in the system.

Dr Kelechi Igwe, the Deputy Governor, said this on Friday in Abakaliki while reacting to the dilapidated state of the multi-billion naira international market built by the past administration in the state.

Igwe led a delegation of government officials, opinion leaders and market associations, among others, to inspect the facility constructed in a swamp.

“We have commenced the correction of ills in the ministries as it is saddening to have Ministries of Works, Housing and Survey involved in such a ruse.

“These ministries have qualified engineers and surveyors to advise the past government as the project’s erection in such area is one of the worst things to happen to the state.

“It is pertinent to note that if the officials failed to advise government, it was laxity on their part.

“But if they did, it means the government was not responsible to listen to advice,” he said.

He said that the tour of the edifice was to assuage the people’s anxiety over the delay in completing the project by the present administration.

“The governor as a professional engineer will not embark on a project that will not add economic values to the state.

“We have tried severally to relocate traders to the market but they have consistently told us that it was not habitable and conducive for business activities.

“During the rainy season, flood will submerge goods and other property belonging to traders and even drown children around the area.

“We want to assure the people that the era of government embarking on phantom projects was over; Government will never embark on projects without economic significance,” he said.

Rev.Fr. Abraham Nwali, the Chairman of Christian Association of Nigeria (CAN) in the state, advised the state government not to abandon the project in the spirit of continuity.

Mr Ugochukwu Akpa, Chairman, Association of Town Unions in the state, said the unions would besiege the homes of the contractors, to let them refund the money they collected from the government.

“We will stay by their doors and cry loudly for them to refund the money because it belongs to the entire state and should be utilised judiciously,” he said.