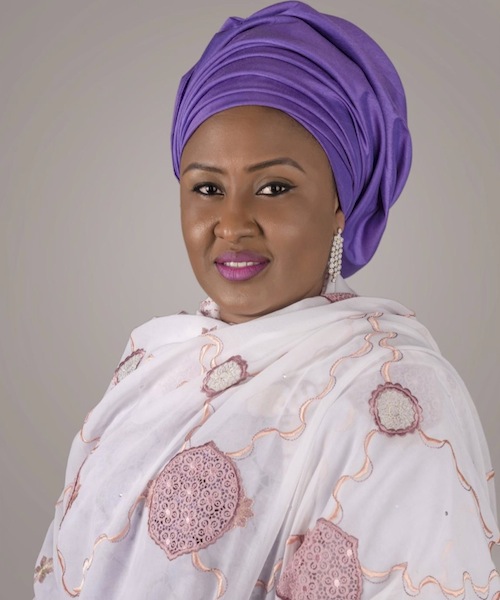 Mrs Aisha Muhammadu Buhari, Wife Of President Of The Federal Republic Of Nigeria

The Police on Friday arraigned one Aishatu Bello, 37, in a Wuse Zone 2 Magistrates’ Court, Abuja, for allegedly impersonating as the wife of the President, Mrs Aisha Buhari.

The defendant who resides at Durumi village, Abuja, was arrested on Jan.10 after allegedly committing the offence.

The Prosecuting Counsel, Mr Adama Musa, told the court that the alleged offence was contrary to Section 179 of the Penal Code.

Musa told the court that Bakaryu had informed the police that the National Project Coordinator of Fadama 111, Mr Tayo Adewumi was meant to be the defendant’ victim.

He said the complainant informed the police that Adewumi had received a text message from the defendant, who claimed to be the wife of the president.

Musa also told the court that the defendant had used the text to demand for a contract from the National Project Coordinator of Fadama 111.

He said during the investigation, it was discovered that the wife of Mr President did not send the defendant to the Fadama 111 coordinator to secure any contracts.

The defendant’s counsel, Mr Olatunji Salawu, had filed an oral application for bail.

“In view of the plea of the defendant of not guilty, and the application of the prosecution counsel for an adjournment, we apply that the defendant be admitted to bail,” he said.

The Magistrate, Mrs Yetunde Iwot, admitted the defendant to bail in the sum of N800,000, with two sureties and adjourned the case until Feb. 15, for mention.