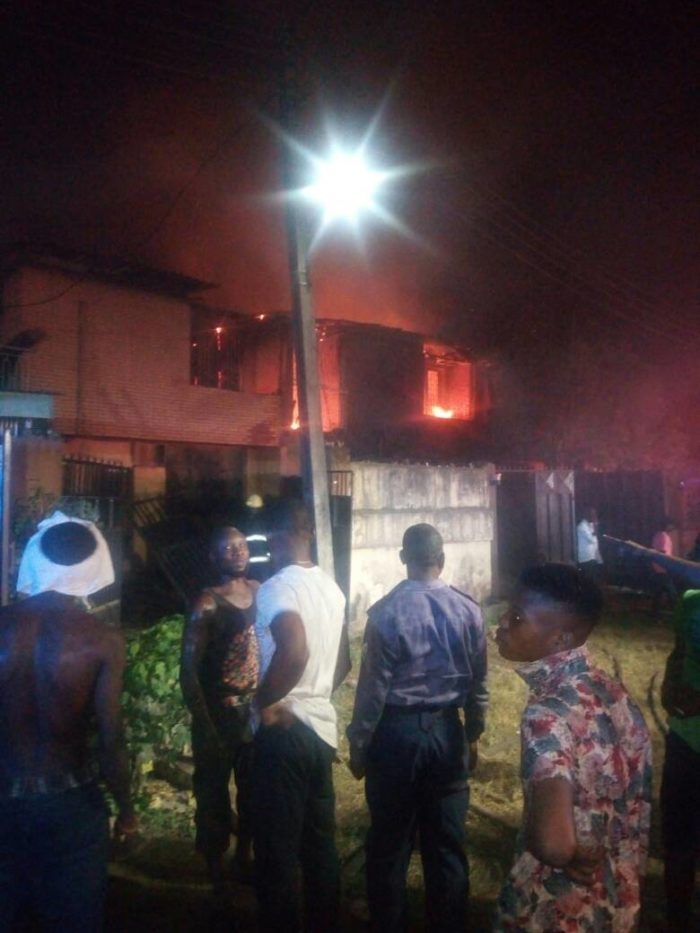 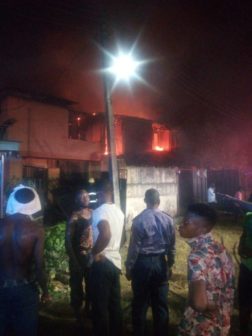 There was no casualty recorded in the inferno.

An eyewitness said that the fire was first noticed at about 7.15pm in one of the duplexes before spreading to others.

He said that an occupant in one of duplexes, who had just returned, opened the door and met the raging fire, immediately raised an alarm which attracted neighbours and sympathisers.

According to the witness, the bewildered occupant’s action quickly attracted more sympathisers’ who ran helter-skelter in assisting to put-off the fire, but their efforts were not enough.

But the arrival and efforts of a combined team of Lagos State Emergency Management Agency (LASEMA) and State Fire Service officials to the scene helped to quench the fire.

Some of the residents commended the early arrival of the LASEMA personnel, saying that they got to the scene 30 minutes after being called.

“They came with five trucks, all with sufficient water that tackled the inferno before it was finally put-off,’’ the Community Development Association (CDA) Chairman, Mr Nathanel Okoro, said.

He also praised the DPO of the Gowon Estate Police Station, Mr Adeniyi Adedeji, for personally leading his team to the scene to provide security.

“Although the LASEMA official did not know the location of the fire incident if not for the assistance of the police who escorted them,’’ he said.

A LASEMA officer, who identified himself as Mr Olaolu Odufuwa, said the cause of the fire could not be ascertained immediately.

The estate had also recorded a late night inferno on Nov. 28, 2017, which gutted five of eight shops attached to a Union Bank building on 411 Road Junction.