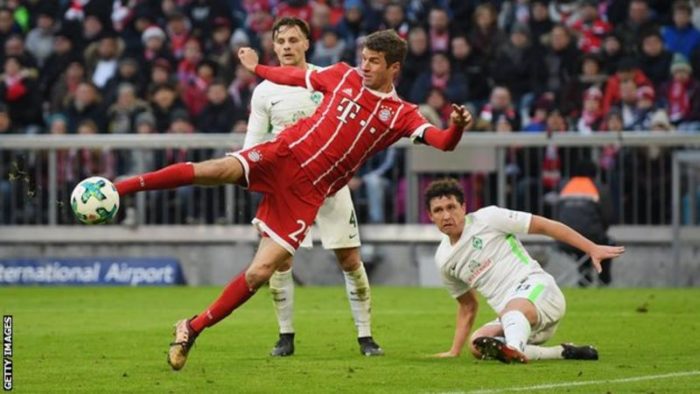 Thomas Muller scored twice to reach 100 Bundesliga goals as Bayern Munich came from behind to beat Werder Bremen and extend their lead at the top of the table.

Muller volleyed home in the first half to cancel out Jerome Gondorf’s opener.

Robert Lewandowski headed Bayern into the lead but Niklas Sule’s own goal made it 2-2.

According to BBC, Bayern, who have won six league games in a row, are 16 points clear.

Muller, whose 100th league goal came in his 272nd appearance, said of his landmark: “It’s always nice to score. I didn’t plan on doing it today, but I knew I was close.