Auchi Poly is not in any crisis - PRO 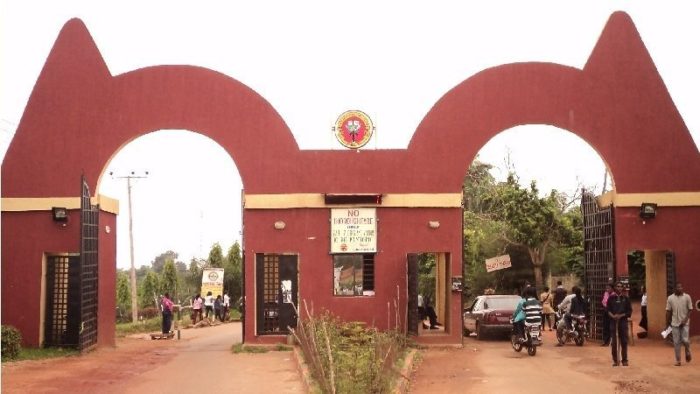 Auchi Polyechnic authorities have denied that there is a leadership crisis in the institution.

The institution’s Public Relations Officer, Mr Mustapha Oshiobigie, made the denial on Monday in a statement copied to the News Agency of Nigeria (NAN) in Benin.

He described as misleading, reports on alleged leadership crisis in the polytechnic.

The spokesman claimed that Mr Samson Okoduwa, a former Students’ Union Government (SUG) President of the school, was quoted in some reports to have said that leadership crisis engulfed the polytechnic due to corruption and high-handedness by the Acting Rector, Dr Sanusi Jimah.

Oshiobigie said: “The institution is not in any crisis, and the allegations of high-handedness and corruption are false.

“To set the record straight, Samson Okoduwa, remained an expelled student for his inglorious act as a former SUG leader.

“He and others were expelled in November 2017 for misconduct but he has allowed himself to be used by some disgruntled staff of the institution.

“The management of Auchi Polytechnic announced the expulsion of Okoduwa, Obukowho Favour Oghenerume and Unuareleokpa Patrick, all former SUG officials.’’

“It is a lie that there is crisis over the position of the rector in the school; rather, the Acting Rector, Dr Sanusi Jimah, has made genuine efforts to block leakages and wastages in all units of the polytechnic.

“However, rather than applaud the financial prudence of Dr Sanusi Jimah, some disgruntled staff members have found Okoduwa a willing tool for their mischief to discredit and tarnish the image of the man behind the new order,’’ the official.

He said that the acting rector, an alumnus of the institution, had zero tolerance for corruption and resolved to “weed out rotten eggs’’ from the polytechnic to pave way for its repositioning.

“Students and members of the three workers’ unions are with the Jimah-led administration in its cleansing mission,” he said.