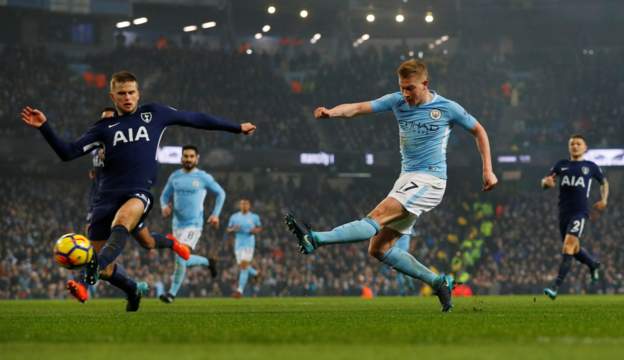 The Premier League leaders have tied the 26-year-old playmaker down to a longer deal, despite his previous contract not expiring until 2021.

De Bruyne has scored six goals and provided 10 assists in the top flight this season.

According to BBC, The Belgium international is City’s record signing after joining for £55m from Wolfsburg in August 2015.

De Bruyne, who joined Chelsea in 2012 from Genk but made only three first-team appearances before leaving for Wolfsburg in 2014, has been key to City still challenging for all four trophies this season.

His form has led to him being made odds-on favourite to be named PFA Player of the Year this season.