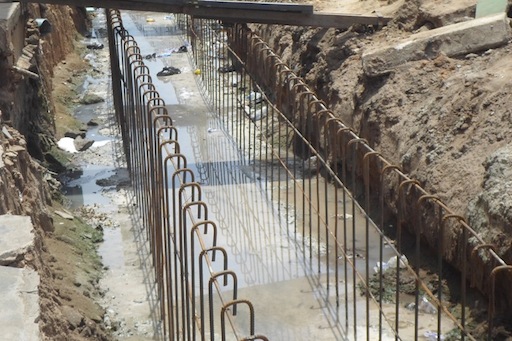 The Katsina State Government says it has spent N2 billion on the construction standard drainage systems in 10 towns across the state in 2017.

The Commissioner of Environment, Alhaji Hamza Faskari, said this on Monday in an interview with News Agency of Nigeria (NAN) in Katsina.

“Standard drainage systems were constructed in flood-prone towns across the state.

“The Katsina State Government executed the N2 billion project to avert flood disasters in those areas.

“The government also constructed several drainage channels in the Katsina metropolis to avert flood in the state capital.

“Another drainage construction project was executed in Kofar Saro, General Hospital, Yammawa and Kofar Sauri areas of the city,’’ he added.

Faskari said that over N1.5 billion had been earmarked in the 2018 budget for the construction of drainage systems in the 34 local government areas of the state so as to check flooding in the state.

He commended Gov. Aminu Masari for giving priority to environmental issues that were aimed at promoting the safety of the people’s lives and property.

Flood disasters have been an annual occurrence in Katsina State in the past, causing deaths and loss of property.