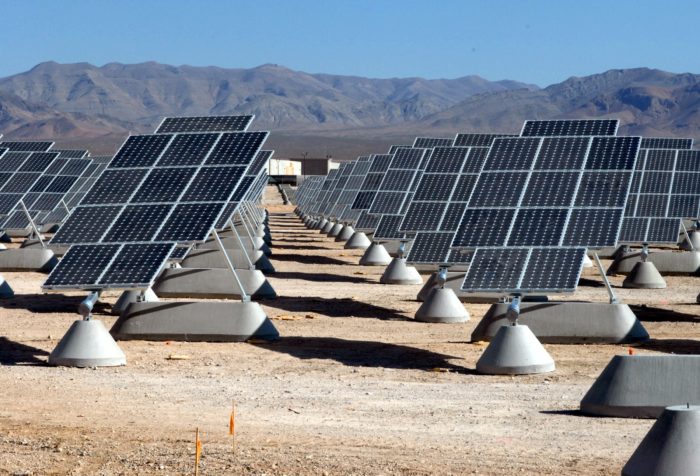 A Professor of Physics, Adenike Boyo, on Tuesday urged the Federal Government to encourage independent electricity generation through solar panels by giving incentives to consumers and suppliers.

Boyo gave this advice at the 65th Inaugural Lecture of the Lagos State University (LASU), titled: “The Burning and Shining Light”.

She said the government had an important role to play in promoting renewable energy in the country.

“It will always be soothing to the ear when you know you will be rewarded for generating your own electricity.

“Government subsidies will also be helpful in the importance of solar panels and other equipment that cannot be manufactured locally.

“This will support independent investors and individuals, who have interest in the energy sector,” she said.

According to her, the sun, which is the source for solar is in abundance in Nigeria and it is the solution to the growing energy challenges in the country.

Boyo said the availability of renewable energy would have a direct impact on the development of rural and urban sectors by providing numerous direct and indirect employment opportunities for Nigerians.

The professor said solar electricity generation if encouraged would change the Nigerian economy from consuming to creating as well as providing Nigerians with the possibility of commercialising the usage of solar energy resources.

“Since the sun is abundant, inexhaustible and environmentally friendly. The availability of energy services has a distinct impact on the lives of the people.

“The burning and shining light – Sun, is still producing abundant energy that cannot be depleted.

“The utilisation of solar energy is important to mankind and a fabrication of the equipment is important in our nation for generation of electricity,” she said.

Boyo advised the government to also invest in technology through setting up of power institutions and encouraging the technology companies to develop the competence of the Nigerian power generation sector.

She noted that the standard code for solar PV system component should be developed by the Standards Organisation of Nigeria (SON), in order to reduce substandard solar panels imported into the country.

Boyo, however, called for an enabling environment to attract investments in the energy sector, as private sector participation is necessary because government alone cannot finance the sector.