There are no perfect elections - Jega 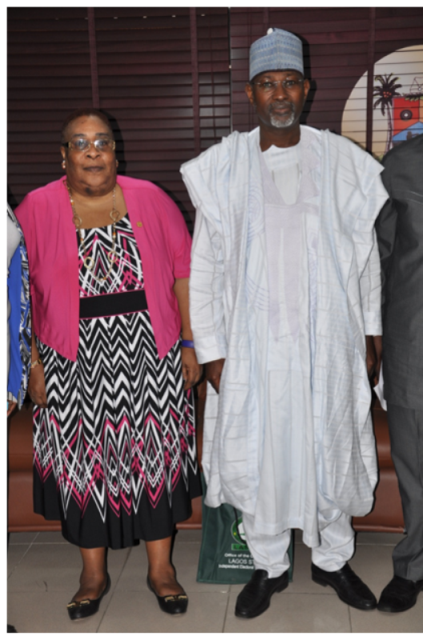 The immediate past Chairman of the Independent National Electoral Commission, INEC, Prof. Attahiru Jega, has said there are no perfect elections anywhere.

Jega spoke on Wednesday in Lagos while addressing the chairman, electoral commissioners, permanent secretary and management staff of the the Lagos State Independent Electoral Commission, LASIEC, during a courtesy visit.

He commended LASIEC over the July 22, 2017 Local Government elections conducted by the commission in the State.

While stating that there are no perfect elections, the former INEC boss noted that the best of the commission was good enough.

The former INEC Chairman, who was accompanied by a former National Commissioner of INEC, Prof. Lai Olurode, on the courtesy visit, stressed the importance of having a well defined, structured programme for voters education by election management bodies in the country to make the electoral process more inclusive and participatory.

He, however, added that funding civic and voters education programmes required a lot of financial resources which many of the electoral commissions might not have the capacity to fully undertake on their own.

While noting that conduct of elections in Nigeria was a very difficult task, Jega urged politicians to abide by the code of conduct guiding the conduct of elections and desist from the “ do or die “ mentality that has characterized the political process in the country for a long time.

Also speaking at the occasion, the Chairman of the Lagos State Independent Electoral Commission ( LASIEC ), Hon. Justice Ayotunde Phillips, commended the former INEC Chairman for introducing the card reader for the conduct of elections in the country which she said had gained acceptability from the generality of the people.

Phillips added that following the success recorded by INEC in achieving transparency in the electoral process through the use of the card reader, LASIEC had received encouragement that the card reader is a necessary tool for the conduct of elections, stressing that the commission was already planning towards the use of the machine in the future to further enhance the transparency and credibility of the electoral process into the Local Governments and Local Council Development Areas of the State.

The LASIEC chairman promised that before the next elections into the Local Governments of the State, the Commission would have acquired the necessary technological infrastructure and expertise which would be deployed to modernize the electoral process in the State.

Phillips also revealed that the Commission was already working on a Strategic Plan in collaboration with the International Foundation for Electoral Systems ( IFES ) aimed at restructuring and repositioning the Commission for improved performance.

She also pledged that the Commission would engage in more consultations with stakeholders and carry out more continuous civic and voter education to reduce the high level of voter apathy in the electoral process in Lagos State which she described as unacceptable.