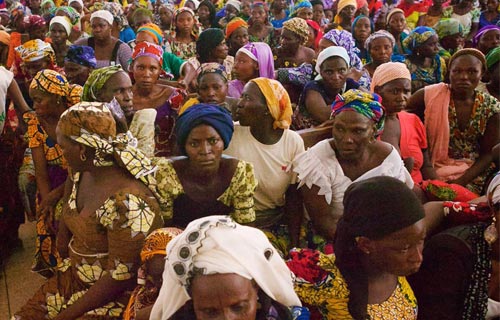 Former Governor of Kano State, Sen. Rabiu Kwankwaso, on Thursday donated 1,200 bags of rice to the Benue Government for onward distribution to Internally Displaced Persons (IDPs), in the state.

Kwankwaso announced the donation when he paid a condolence visit to Gov. Samuel Ortom in Makurdi.

The senator said he was moved to make the donation because he was aware that catering for IDPs was an enormous task the Benue government could not handle alone.

He pledged to support the state government in its bid to tackle the insecurity that had hit Benue in the past few weeks.

Kwankwaso called on the Federal Government to tackle security challenges in the country, and particularly condemned the incessant attacks on rural communities in Benue, Taraba and Adamawa States.

Ortom, in his response, thanked the senator for identifying and supporting the state in its moment of grief, and promised to continue to cry until justice was done to his people.

He enjoined other states to join forces with him to address insecurity in the country.