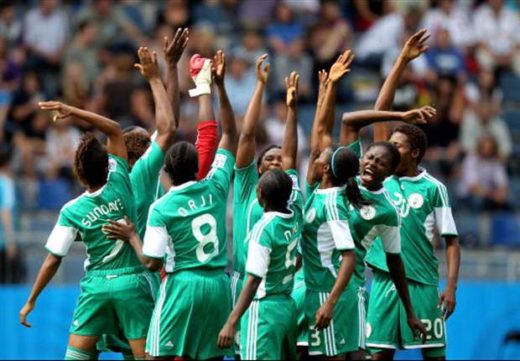 As the Nigeria’s National U-20 female team prepare to face their South African counterparts in the second leg of the FIFA U-20 Women World Cup qualifiers, the Edo State Government has called on sports-loving fans in the State to come out enmasse to cheer the Falconets to victory.

The match, which is slated for Saturday, at the Samuel Ogbemudia Stadium, in Benin, Edo a State capital, is the last lap of the qualification series for the FIFA U-20 Women’s World Cup coming up later this year in France.

Edo State Commissioner for Youths and Special Duties, Mika Amanokha, who made the call in Benin, noted that coming out in large numbers by the fans, would propel the team to do more and finally seal the World Cup ticket.

He expressed satisfaction at the level of support given so far Edo sports loving fans, adding that qualification is the focus of everyone and a befitting gift to the State Governor, Mr. Godwin Obaseki.

“Qualification for the World Cup in France will be a befitting present for his Excellency Mr. Godwin Obaseki who has shown immense commitment to the development of sports in the country.

“I hereby call on Edo people to join the state Governor Obaseki, his Deputy, Comrade Philip Shaibu and Nigeria Football Federation, to cheer the Falconets to victory on Saturday, just as we know that the Falconets recorded a morale boosting 2-0 away win against the Besetsana in the first leg of the qualifiers played in South Africa a fortnight ago.”

Meanwhile, the Falconets’ coach, Christopher Danjuma has stated that his girls would not underrate their South African counterpart on Saturday.

Recall that the Nigeria’s Falconets had routed the Besetsana of South Africa 2 goals to nil a fortnight ago in South Africa.

Danjuma said in spite of the away victory, the South African girls will not be a push over, as they are expected to fight till the end of the 90 minutes of the game and to salvage their
pride in the world women football.

“We will play them with caution, because they are here to play out all their hearts. But as for my team, we will not leave any stone un-turned, as victory is our goal. We are going to play them accordingly and securing the ticket is our target.

“My girls are ready, and we are grateful to the State Governor, Godwin Obaseki and the Deputy, Comrade Philip Shaibu, as well as the good people of Edo State, for their teeming support and hospitality to the team ever since we have been playing in the capital city. We will not disappoint our fans come Saturday,” Danjuma said.