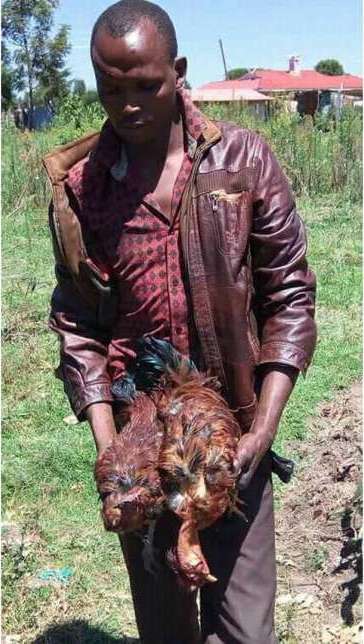 A mob has apprehended a 33-year-old man, Alfred Kipkemoi Mutai who reportedly raped two hens belonging to his neighbour to death.

The event was recorded on Sunday, January 21, 2018, in the Kapkwen, Bomet County of Kenya, report says.

Mutai who allegedly stole the dead birds a previous day was caught while trying to dispose them.

He confessed to committing the act while being punished by the mob who insisted on a compensation of Ksh.4, 000, for owner, Richard Kibor Tonui.

A disgraced Mutai made a promise to get married and turn a new leaf, Pulse.ng reports.