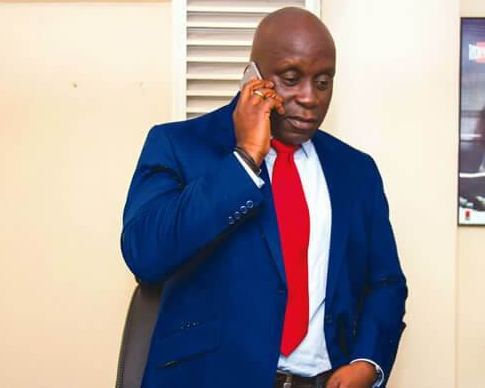 The Lagos State Government has narrated how the Special Adviser to Governor Akinwunmi Ambode on Commerce and Industry, Deji Tinubu died.

This is even as Governor Ambode and other members of the cabinet are still in shock over the sad demise of Tinubu.

Commissioner for Information and Strategy, Kehinde Bamigbetan, in a statement on Friday morning said the late soccer fan slumped while playing five aside match with fellow participants at the ongoing retreat of members of the state executive council and permanent secretaries at the Jubilee Chalets, Epe.

He said doctors and nurses rushed to give him first aid and he was immediately taken to the General Hospital, Epe where he was confirmed dead.

He said the state government has reached out to his immediate family to commiserate on this huge loss to the family and the citizens of Lagos State.

The commissioner said an autopsy was expected to b​​e carried out while burial arrangements would be announced by the family.

The late Deji Tinubu was the son of late Kafaru Tinubu, one of Nigeria’s foremost police officers. He is survived by an aged mother, Bintu Tinubu and wife, Yemisi.

He was recently moved to take up his new portfolio.