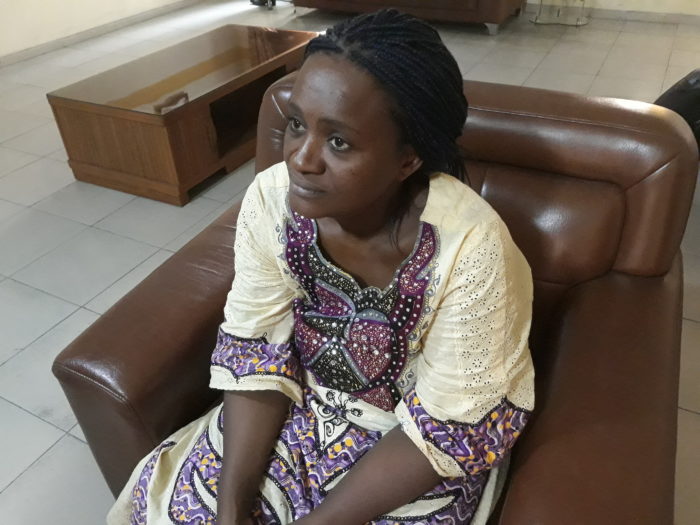 Mrs Adeola Dawodu, a 46-year old woman, has expressed gratitude to the Department of State Services and the Nigerian Army for rescuing her from kidnappers.

Dawodu, a mother of four and wife to a Shell worker, was kidnapped on January 20 and held captive for six days before her rescue on Thursday.

The victim told the News Agency of Nigeria (NAN) in Port Harcourt on Friday that she was kidnapped alongside her 20-year-old and three-year-old daughters in front of her estate.

She said that as they waited for her security to open the gate on their return from a vigil service, a man in army camouflage appeared and pointed a gun at her.

“I left my church, Foursquare Gospel Church, Rumuobiakani, around 5 a.m. on January 20 after a vigil service. I drove through Okporo Road and headed to my residence at RD road.

“When I arrived RD road, I felt uneasy because the area was in complete darkness. I got to the entrance of my estate and beeped my car horn for security to open the main gate.

“After five minutes of waiting; the gate was opened, and as I attempted to drive in, a man in army camouflage came and pointed a gun at me.

“He asked me to roll down my window and I refused. As I tried to drive through; the man broke the side glass and hit me so hard with the butt of the gun that I started bleeding profusely.”

However, she said her girls were set free unconditionally after an argument among the kidnappers whether or not to take them.

She said that after dropping off her daughters, she was then blindfolded and taken away in a drive that lasted for about two hours before they arrived at an uncompleted building in an isolated area.

The victim said that her hands and legs were bound and that she was then handed over to two men at the kidnappers’ den.

She said that her abductors had threatened to kill her if N50 million ransom was not paid to them.

“They told me that they had killed several of their victims who refused to cooperate and others that ransom was not paid.”

She said that on the day of her rescue, she heard loud noise which she initially thought were from construction sites in the area.

“But the sound became louder, and only then did I realise that it was gunshots. I was terrified and confused at the same time.

“I thought that maybe my abductors were having a clash among themselves and I started praying fervently.

“Moments later, some men peeped through the window where I was kept and requested for my identity. It was only then I realised that they were security operatives.”

Dawodu said that the DSS officials later took her away for de-briefing.

“I am so grateful to God, the DSS and the Army for coming to my rescue. It still looks like a film show to me.”

While expressing joy at re-uniting with her family and friends, Dawodu advised worshippers going home from vigils to be cautious and to wait until dawn.

She also urged the government to monitor uncompleted buildings, to stem the kidnap rate in the country.

Meanwhile, a top DSS official who pleaded anonymity, confirmed to NAN that two suspects had been detained in connection with the abduction.