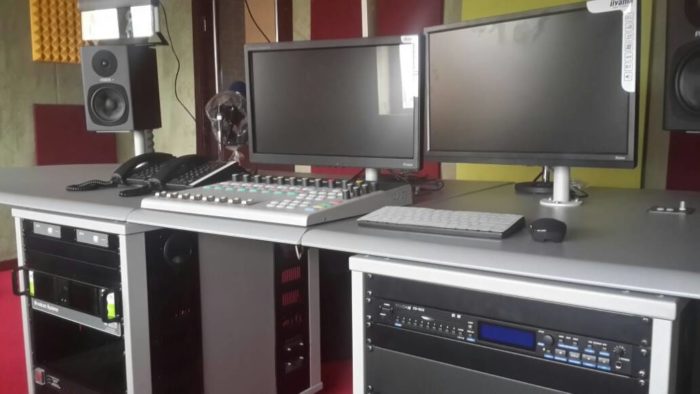 The Management of Yaba College of Technology says it is dialoguing with the National Broadcasting Commission (NBC) to resolve a disagreement delaying take-off of the college’s radio station.

He said that the conflict borders on the use of the licence in both campuses of the college at Yaba and Epe, for which the college duly applied.

“We have an area of conflict with NBC. Initially, when we applied for the licence, it was intended for both campuses.

“But now, NBC is saying otherwise. We are trying to sort it out,’’ Oni said.

According to him, the management has completed a new digitalised studio for the radio station and will begin test transmission soon.

He said that the fully digitalised radio studio, with state-of-the-art gadgets, was built and funded by the college.

Oni said that the radio station would be used to train students in the non-formal education setting.

He said that the college wanted to key into training in non-formal education essentially, through the open distance and flexible learning system.

According to him, non-formal education is important and central to mass-literacy, especially in areas of vocational and technical education in Nigeria.

“We are trying to emulate India, China and some other countries where radio is being used as an input to enhance mass education.

“With the radio, students may not need to come to the classroom if they enrol with us on that platform.

“Students can receive lectures wherever they receive the radio station frequency.

“We are talking with Nigeria Broadcasting Commission on this innovation and so as soon as they give us the final approval, we will go on air fully.

“We have received our operating licence since December 2015.’’

Oni said the college would develop courses and programmes that would suit people in the non-formal sector.

“Through the radio, lectures, seminars and workshops will be transmitted to students.

“It will be based on an agreement between the students and the college.

“We can reach out to mechanics, tailors and technicians, among others who are in the informal sector.

“They can learn while at work, and when it comes to the examination, we will arrange how they write their examination,’’ he said.

Oni said apart from education, the radio would also be used for enlightenment, news and transmission of cultural programmes.

“The studio is ready; the NBC has visited the college to inspect it; everything is ready.

“We even had a test transmission during the 70 years anniversary of the college in October 2017,” he said.