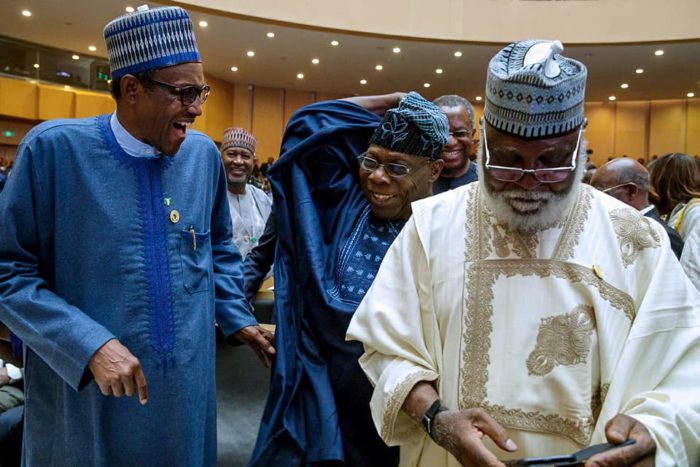 Nigeria’s President, Muhammadu Buhari and former President, Olusegun Obasanjo have met each other at the African Union, AU, meeting in Addis Ababa, Ethiopia.

Obasanjo had recently written a terse letter to Buhari to desist from contesting the 2019 presidential election, citing poor leadership in managing the economy of the nation.

But Buhari had replied Obasanjo through his minister of Information and Culture, Lai Muhammed, saying that the former president might have been too busy to notice the drastic achievement of the current administration in the area of economy.

The two leaders met at the Opening Ceremony of the 30th Ordinary Session of the Assembly of Heads of State and Government of the African Union in Ethiopia on Sunday as they exchanged banter as if nothing was amiss between them.