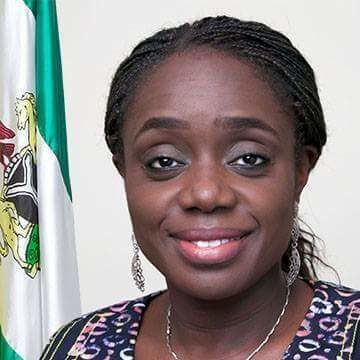 The Federal Government has begun investigation into over 200 whistleblowing tips on tax officials and taxpayers which involves under declaration of taxes as well as demand by taxpayers and receipt of gratifications by tax officials.

The government, through the Federal Ministry of Finance has also commenced the process of sanitising the tax administration and revenue collection system of dishonest operatives.

Minister of Finance, Mrs. Kemi Adeosun, disclosed this on Sunday in Abuja while presiding over the meeting of the Whistleblower Unit in the Federal Ministry of Finance and the Presidential Initiative on Continuous Audit (PICA).

Adeosun said that the sanitization of the tax administration and revenue collection system was part of the government’s efforts at enhancing the willingness of citizens to pay their taxes.

She confirmed that the Federal Ministry of Finance had requested and secured the suspension of two senior tax officials in Delta and Benue States based on verified tips from Whistle-blowers.

The Minister said, “the Ministry is currently analysing over 200 additional whistleblowing tips including recordings between tax officials and potential taxpayers in which various practices, designed to reduce tax payable, were detailed.

“These practices include demands for personal gratification by tax officers, promises to procure backdated tax clearance certificates, and offers to conspire to reduce taxes payable.”

In order to deal with the influx of the whistleblowing tips, the Minister has directed the reorganization of the Whistleblower Unit to fast track reports relating to those in the revenue generating agencies.

“Encouraging our citizens to pay taxes is a matter of law but it is also a matter of trust. Those who work in our tax offices must therefore demonstrate the highest level of integrity.

“The Administration of President Muhammadu Buhari understands that to reduce our reliance on oil means every citizen must pay their taxes as and when due.

“However, people will not be encouraged to pay if they believe that those involved in the assessment are not transparent or are dishonest. We will continue to sanitise the system and also improve our controls,” the Minister stated.

She assured that the Ministry would continue to root out fraudsters from compromising the integrity of the tax administration and revenue collection system.

She lauded members of the public for volunteering valuable information including voice recordings and other evidence to the Whistleblower Unit in the Ministry.

The Minister further enjoined members of the public to desist from the procurement of tax certificates that were not consistent their true income.

She warned against relying on such documents and therefore advised those who might have procured such tax certificates in the past to take advantage of the Voluntary Assets and Income Declaration Scheme (VAIDS) to regularise their tax profile.

Adeosun added, “We have cases of procurement of tax clearance certificates with no corresponding records or assessments in the tax offices. In such cases, although payments have been made but there are no underlying assessment. So automatically, we will flag such companies for investigation.

“The data analysis being undertaken within the Federal Ministry of Finance is readily   exposing those who have obtained tax clearance certificates that are either forged or are not consistent with their true income levels.”