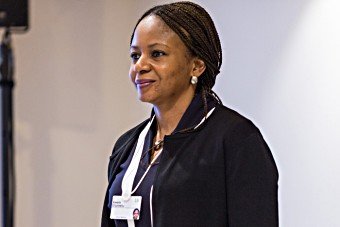 “Childhood immunisation is a critical intervention and I am honoured to play a role in this important programme, targeting almost 10 million African children, who are not fully immunised,” said Dr Elumelu during the announcement at the Gavi-hosted breakfast meeting at WEF-Davos 2018.

Gavi CEO, Dr Seth Berkley emphasised the significance of Dr Elumelu’s appointment, which comes at a critical time for the Vaccine Alliance – the 2018 Mid-Term Review of progress towards realising its 2016-2020 mission.

“We are delighted that Dr Elumelu will bring her knowledge and expertise from health and business sectors towards championing the cause of immunisation. Her engagement will be particularly important this year, as we move towards the Mid-Term Review, where the Vaccine Alliance will report on progress made in reaching its goals halfway through our five-year strategy,” he said.

A general physician, Dr Elumelu is Trustee of the Tony Elumelu Foundation and a leading voice in Africa’s healthcare sector. She serves as Chairperson of Avon Healthcare Limited and CEO of Avon Medical Practice, and leads the healthcare investments of African proprietary investment group Heirs Holdings.

With her extensive healthcare and business experience, Dr Elumelu will play a critical role in furthering the work of the Vaccine Alliance in Africa. In accepting her new immunisation role, she lauded the effectiveness of the Gavi business model and its potential for bringing greater health and opportunity to Africans.

“Gavi’s unique approach of bringing together public and private players is an example to us all, not least in Africa, where governments and the private sector need to work much more closely together, to deliver economic opportunity and social good,” said Dr Elumelu.

However, the breakfast meeting resulted in several other significant private sector partnerships being announced that will address supply chain challenges, immunisation coverage and data analysis. The World Economic Forum also announced Gavi as the first non-profit organisation to partner with its Center for the Fourth Industrial Revolution.