Over 2 million women go “missing’’ every year in India - Survey 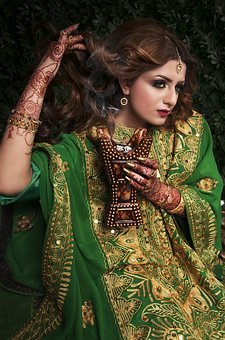 Mehndi-designs of an Indian lady

More than two million women across all age groups go “missing’’ every year in India due to abortion of female fetuses, disease, neglect, or inadequate nutrition, an official report has revealed.

The Economic Survey released by the Indian government had highlighted India’s strong preference for a male child over females.

“The stock of ‘missing’ women as of 2014, was nearly 63 million and more than two million women go ‘missing’ across age groups every year,’’ said the report.

A chapter in the report described how development had not been able to prevent India’s preference for a boy.

“Families continue to have children until they get the desired number of sons. This kind of fertility stopping rule will lead to skewed sex ratios.

According to the report, some parents keep having children till they have the required number of sons.

“This leads naturally to the notional category of “unwanted’’ girls which is estimated at more than 21 million.

“In some sense, once born, the lives of women are improving but the society still appears to want fewer of them to be born,’’ the report said.

The Indian government has banned the tests to determine the sex of a fetus in a bid to stop sex selective abortions and encourage the female population.