Russia, Italy have common view on settlement of Libyan crisis 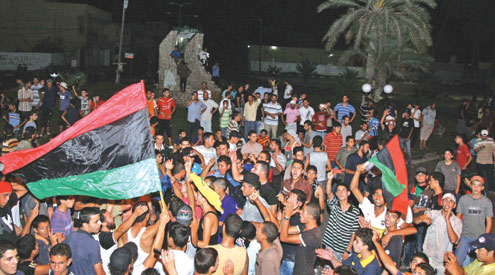 Alfano, who is now also the Chairperson of the Organisation for Security and Co-operation in Europe’s (OSCE), told Sputnik: “the recent long and friendly conversation between Prime Minister Paolo Gentiloni and President Vladimir Putin on the Libyan dossier are the confirmation of a common view based on the intention to contribute to the political and peaceful settlement of the Libyan crisis.

Earlier in the month, Gentiloni and Putin held a phone conversation and discussed a number of issues, including the situation in the north African state.

Sources in the office of the Italian prime minister told Sputnik that Gentiloni had taken a favorable view of Russia’s role in the UN Security Council’s decisions on the Libya-related issues.

Alfano said that the activities of Rome and Moscow were based on the support of UN envoy to Libya Ghassan Salame’s activities and of the institutions envisaged by the Libyan Political Agreement reached in Morocco’s Skhirat.

According to the diplomat, Italy’s cooperation with Russia on Libya is very productive.

“I believe that 2018 could be the final year of a long transition in Libya, and it should be achieved via the election process as envisaged by professor Salame’s plan of actions.

“However, we know that we should respond to quite numerous challenges and firm and consolidated support of the international community, especially of Rome and Moscow, should have the pivotal role.”

Libya has been suffering from a civil war since 2011.

Two rival governments are struggling for control over the country.

Libya’s eastern regions are governed by the parliament headquartered in the city of Tobruk, which cooperates with Haftar’s forces. The Government of National Accord, formed with the support from the UN and Europe, operates in the country’s west, including in the Libyan capital of Tripoli.