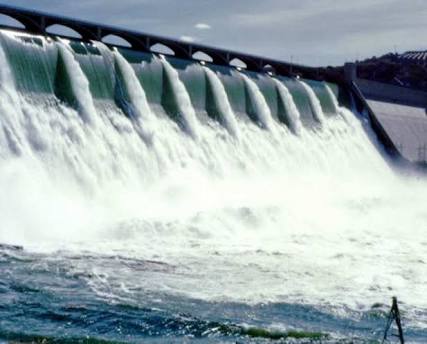 The Minister of Water Resources, Mr Suleiman Adamu, says the Federal Government is more committed to completing all ongoing dam projects across the country rather than embarking on construction of new ones.

Adamu told the News Agency of Nigeria (NAN) in Abuja that government was not in a haste to take up new water projects, saying it involves a lot of planning and design to construct new dams.

He said with the completion of the Kashimbilla Multi-purpose Dam in Taraba, it was serving as a buffer already, adding there were presently a number of dam projects along the tributaries of River Benue.

“There is still a lot of work to be done, dams are not cheap, it takes a lot of planning, it takes time, as I have seen in some years back, the planning, design and construction of dams had been a problem because they were not properly studied and designed.

“We are trying to also move away from that so that we have proper planning, we don’t want to worry to go and do things that will break.

“ If the whole purpose is to make it a buffer and there is a dam burst, then the whole essence is not there,’’ he said.

The minister, who said the issues in the water resources sector were long term, expressed the hope that the ongoing development in the sector would speak for itself.

Adamu also said government was subscribing to the charter on the Niger Basin Authority to promote integrated management of its water resources potential.

“We already have the Kashimbilla multipurpose dam which serves as a buffer dam that has its water impounded; the communities over there are now using boats to cross to Cameroon and socio-economic life is moving on, “he said.

He further said the ministry in collaboration with the UN Educational, Scientific and Cultural Organisation and the Lake Chad Basin Commission (LCBC) would host a global forum on sustainable solutions to save the drought-ravaged Lake Chad.

According to him, the objective is to create global awareness of the socio-economic and environmental challenges arising from the decrease of the lake.

He said it would also be an opportunity to deliberate on the threat to livelihood, including insecurity with the overall goal of developing a comprehensive programme and action plan.

The minister said Nigeria had already signed an MoU with the Cameroonian government to solve the issues concerning the Lagdo Dam and to forestall the reoccurrence of the impact of the 2012 floods in the country.

Adamu further pointed out that the ministry had put in place monitoring mechanisms to promote integrated water resources management, adding that these issues led to the inauguration of the Policy Advisory Committee recently to protect the nations’ water resources potential.

He expressed the hope that the National Water Resources Bill at the National Assembly would be passed into law to aid effective management of the water resources in the country.