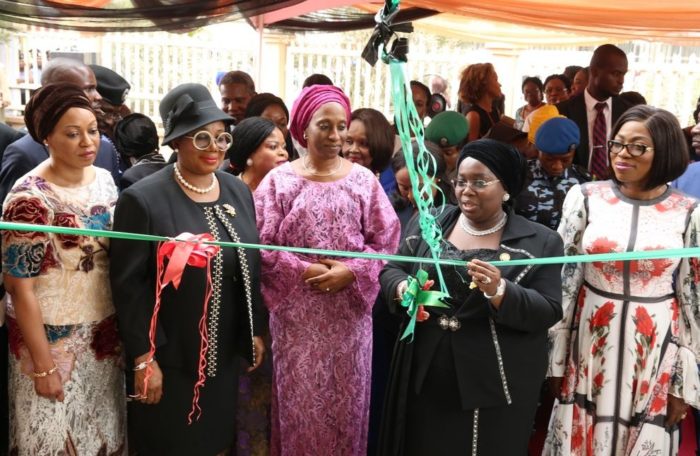 Lagos State Governor, Mr. Akinwunmi Ambode on Thursday commissioned a Sexual Offences and Special Courts for Corruption and Economic Crime Cases, with a vow to make the State uncomfortable for sexual offenders and bring perpetrators of economic crimes to justice without delay.

Governor Ambode, who spoke at the commissioning of the Courts at G.R.A in Ikeja, noted that economic crimes and sex-related offences had become too rampant, hence the establishment of dedicated courts, to handle such matters for quick dispensation of justice.

He expressed optimism that the creation of these special courts will assist in expeditious prosecution of economic and financial crimes and ensure that justice is attained by bringing offenders to quick justice.

The Governor, who was represented by his Deputy, Dr. Mrs. Idiat Adebule, disclosed that the State was collaborating with the British Council and other agencies charged with investigating and prosecuting corruption offences, by providing enabling environment, responding to inquiries and giving information to economic and financial crimes commission, to assist them in performing their statutory functions.

He added that the present administration had a coordinated strategy, across state agencies and non-governmental organizations, to prevent violence against women, children and men, through the Lagos State Domestic and Sexual Violence Response Team (DSVRT), to provide holistic response to issues of sexual and gender-based violence in the State.

In her remarks, wife of the Vice President, Mrs. Dolapo Osinbajo, commended the State Government for implementing the Hon. Chief Justice of Nigeria, Mr. Justice Walter Onoghen directive, by designating not one but four courts as special offences courts, stressing that it would aid speedy hearing and prosecution of such cases.

Worried by the statistics given of reported cases, Osinbajo urged the citizenry to look beyond the statistics, as many more cases were probably not reported.

She urged everyone to aid the long arm of the law to reach far and wide, by ensuring that cases were reported and given speedy hearing. This, according to her, would ensure that justice reigns for all survivors of domestic violence and sexual abuse, not just in Nigeria but around the world.

According to her, “The statistics given are frightening, even more so, some do not report the crime. We must look beyond statistics and focus on the faces of the survivors.

“We must ensure that the long arm of the law reaches far and wide, all and sundry. We must assist them to bring justice which they deserve. Justice should reign for all the survivors, not just in Nigeria but around the world”.

Speaking to journalists, wife of the Governor of Lagos State, Mrs. Bolanle Ambode, described the establishment of special courts for sexual offences, as a new phase in criminal justice administration, meant to bring sex offenders to book.

She observed that cases of rape, defilement and related others, had become an albatross around the society, which must be fought with appropriate machinery of government.

Mrs. Ambode said that the development would assist in comprehensive implementation of the Child Rights Law, Law against Domestic Violence and other female-friendly laws, already in force in the State.

She said, “Happily, the establishment of the special courts, will guarantee sufficient judicial attention, quick determination of cases bordering on sexual offences and ultimately, quick dispensation of justice. It will also go a long way to assist in comprehensive implementation of the Child Rights Law; Law against Domestic Violence and others.”

The Governor’s wife urged victims to always speak up, while parents and guardians should assist juvenile victims report such cases to appropriate government agencies for redress and punishment for offenders.