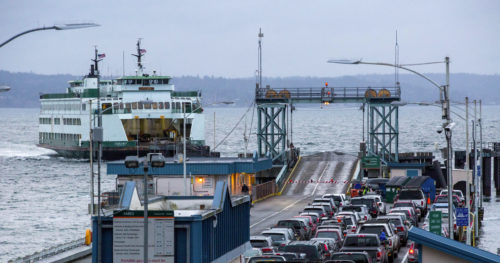 Officials on Thursday said the Kiribati ferry believed to have sunk in the Pacific was carrying 22 school children.

The 17-metre-catamaran, MV Butiraoi, has been missing since January 18 after departing from the remote Nonouti Island bound for the capital city Tarawa.

President Taneti Maamau said earlier on Monday that the ferry was carrying 100 passengers.

Maamau said the number was revised after Nonouti officials sought details from those with family on the ferry, confirming that 88 people 45 male and 43 female had boarded.

Maritime authority said the children were on their way to start a new term in Tarawa, according to Radio New Zealand.

A 14-year-old girl was among the seven survivors rescued from the Pacific Ocean on Sunday by New Zealand’s air force.

The group had been drifting in an unpowered wooden dinghy without water, food or radio.

Local media have reported that the ferry had no emergency rescue equipment or locator beacon.

It also had a recent history of mechanical problems and had just been repaired before going missing.

Locals in Tarawa and Nonouti have criticized the government for taking too long to call on Fiji and New Zealand to assist with the search.

Ieremia Tabai, a Nonouti parliamentarian, slammed the vessel as “unseaworthy,” saying the government should have stopped it sailing.

He said his people were devastated and wanted answers, Radio New Zealand reported on Thursday.

Tearinibeia Enoo Teabo, a spokesperson for the president, has said previously that the vessel had a certificate of seaworthiness but had been ordered by maritime authorities not to carry any passengers after sustaining serious damages to its navigational system, rudders and hull.

On Wednesday night, Maamau gave his second public address since the incident, promising to conduct a full investigation.

“The government is with you, the people of Nonouti, including those who have been greatly affected by this incomparable incident.

“It will not run away from [responsibility] but to humbly accept and will try [its] very best to search for the remaining passengers,” Maamau said on Radio Kiribati.

He also said six Kiribati vessels were part of the search, including five fishing vessels and one patrol boat.

“There are objects that have been spotted like wooden pieces and a gas cylinder and a few other things but sadly, there are still no signs of people spotted yet,” Maamau said.

Maritime New Zealand has been leading the search operation and has already completed an aerial search covering more than 350,000 square km, larger than the size of Germany.

The U. S. and Australia have also joined the search.

Anote Tong, the former president who brought global attention to Kiribati over its fight for survival due to climate change, said the apparent sinking had shocked his nation and people were angry.

“This is by far the biggest disaster in terms of numbers and also in terms of the people involved,” Tong told Australian broadcaster ABC on Wednesday.

He said the disaster could amount to a “criminal act” if it was found to be due to gross negligence.