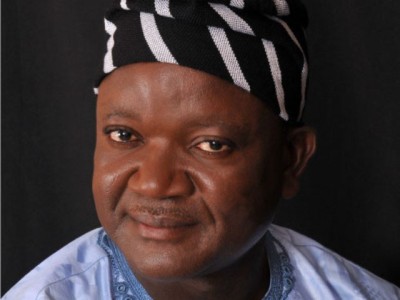 Gov. Samuel Ortom of Benue has called on the people to set aside their political differences and support the government in tackling insecurity in the state.

Ortom made the call when he received Mr Joseph Tondo, the state Chairman, Conference of Nigeria Political Parties, and other members of the coalition on a condolence visit to him in Makurdi on Friday.

The governor emphasised the need for synergy to tackle the security challenges faced by the state, pointing out that the activities of terrorists did not know APC, PDP, LP or APGA.

He said those terrorising the people of Benue had ulterior motives, including the takeover of the state, and had made their intentions known in several fora.

He expressed optimism that God would see the people of the state through the current security challenges given the way the stakeholders were going about the issues.

Earlier, Tondo said that they came to commiserate with the governor over the incessant killings of Benue people by suspected herdsmen.

He said the attacks had caused a lot of setbacks in the state but commended the governor for the pragmatic steps he had taken in handling the crisis.

He urged the governor to sustain efforts aimed at restoring order in the state and hailed his leadership style of appointing people across party lines into public offices.