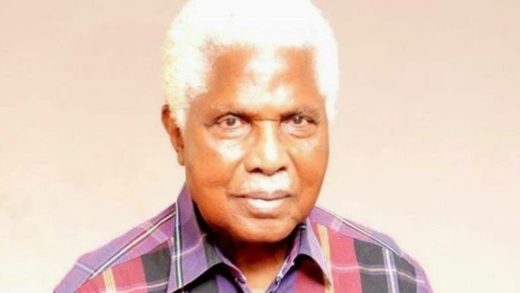 Vice President Yemi Osibanjo announced the renaming of the university during the funeral service for the late elder statesman on Friday at Oko, Anambra.

Some of the stakeholders who spoke with NAN in Abakaliki, commended the Federal Government for the decision while others argued that an edifice in Anambra or Enugu where he resided or a bigger edifice could have been more befitting.

Mr Ikechukwu Ubochi, the Public Relations Officer of FUNAI, told NAN that the institution had not been officially informed about the renaming.

“We heard about the renaming over the radio and the university will react appropriately when we receive the information formally,’’ Ubochi said.

Prof. John Ekeh, the Ebonyi Commissioner for Education, commended the Federal Government decision, adding that the government and people of Ebonyi appreciate it.

“The Federal Government has honoured the Igbo nation by giving its departed worthy son, Ekwueme, an honour befitting of icons of like him.

“The decision should be a rallying point for Nigerians to believe and work for Nigeria’s unity which the departed statesman preached during his lifetime,” Ekeh said.

Supporting the position, Mr Nwachukwu Eze, the Acting Chairman, All Progressive Congress (APC) in Ebonyi, described the decision as an honour to the Igbo nation.

“The APC in Ebonyi appreciates this gesture and it shows that despite the misgivings about President Muhammdu Buhari, he is a detribalised Nigerian,” Eze said.

However, Mr Hycinth Achoja, an official of Civil Rights Organisation (CLO) in Ebonyi, argued that naming an institution or edifice in Anambra or Enugu where Ekwueme lived, could have been more befitting.

“There are several institutions and edifices in Anambra and Enugu which could have been named after Ekwueme, especially the Federal Polytechnic, Oko, Anambra, which he established,” he said.

Similarly, Mrs Juliana Ibeneme, a retired civil servant, suggested that a bigger edifice could have been designated to immortalise him.

“The late Nnamdi Azikiwe was from Anambra but the International Airport in Abuja and the Stadium in Enugu were named after him by the Federal Government.

“I would have preferred that a teaching hospital, airport or older federal university in the South-East zone was named after Ekwueme instead of a new and unheralded university such as FUNAI,” Ibeneme said.