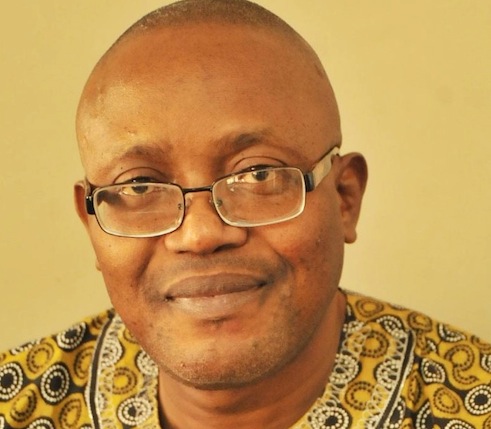 African leaders gathered on January 28, in Addis Ababa, Ethiopia against the back drop of that country’s decision to free 2,345 Oromo political prisoners. Another setting would have been a reaction to the vulgar remarks of United States president, Donald Trump who suffers from a diarrhea of the mouth. The American Twitter-in-Chief had called some countries, including African ones, “shitholes.”

But the Africa Union (AU) had been saved that diversion by Big Boy Trump who on Thursday January 25, sent what amounted to a letter of apology, saying he “deeply respects” the African people.

He said American soldiers are “fighting side by side” in Africa against extremism but did not say what American interests are. Of course, he repeated the usual trite about America working to increase “free, fair and reciprocal trade”, which from our experience, is one-sided and essentially the exploitation of Africa.

The AU Summit with the theme, “Winning the Fight against Corruption: A Sustainable Path to Africa’s Transformation” had too much on its plate. It included the establishment of a Continental Free Trade Area (CFTA) [not economic integration?] and fighting corruption, with President Muhammadu Buhari of Nigeria named as the AU “champion” to lead the anti-corruption war. There was also the establishment of a Single African Air Transport (SAATM), which seeks to create a single, unified air transport network in Africa. Twenty five of the 55 Member States have signed up to this idea, which will make travel easier and cheaper.

I am curious about why Nigerien President Mahamadou Issoufou, whose country is not running a viable airline was charged with delivering this, while President Faure Gnassingbe of Togo, whose country neither has a national carrier nor is an aviation hub, is made the pilot for the full implementation of this policy. I know that his country experimented with a national airline, Air Togo, which began operations in 1998 and collapsed two years later. Does that amount to much experience, or does the fact that ASKY Airlines (subsidised by West African countries) has its headquarters in Lome, confer the status of a hub on the city?

There is also a lot of hype about the new 2018 AU Executive led by Rwandan President Paul Kagame, who is doubtlessly a tough man. But his policies are not clear, in comparison with those of late Muammar Ghaddafi of Libya, who left no one in doubt where he wanted Africa to head.

As expected, conflicts in the continent was a major menu. The irrational civil war in South Sudan, led by President Salva Kirr (who was at the Summit) and his former Vice President Riek Machar, which has claimed over 50,000 lives and displaced some four million, was one. The spiraling violence in Burundi, where President Pierre Nkurunziza is clinging on to power, and likewise in the Democratic Republic of Congo, with President Joseph Kabila; the growing terrorism in Mali; and the anarchy in Libya and Somalia, were some of the challenges discussed.

Despite the hype, the programmes that the Summit enumerated were essentially not new ones. For instance, that the AU which depends on foreign aid to finance 73 percent of its budget, should be self-financing, so it can make independent decisions, is an old one. For this, 0.02 percent of the imports into the continent are to be paid to the body. This has been on-going and not so effective. To ensure the AU self-finances, for over a decade, the Organisation of African Trade Union Unity (OATUU), which I once headed, pushed that given the volume of foreign travel by Africans, a tax of $5 be added to all inter-continental tickets and paid to the AU.

There is also a lot of hype about the new 2018 AU Executive led by Rwandan President Paul Kagame, who is doubtlessly a tough man. But his policies are not clear, in comparison with those of late Muammar Ghaddafi of Libya, who left no one in doubt where he wanted Africa to head. Yes, Kagame had some spat with France, but that does not amount to an ‘Africa First Philosophy.’ He stabilised Rwanda and led the stoppage of one of the most horrendous genocides in human history, but after a few visits to Rwanda and being a student of Rwandan history, I am not sure how much reintegration is going on in that country. Rwanda’s exploitation of the mineral wealth of the Democratic Republic of Congo may not give credence to being a brother’s keeper. A very good policy of the Kagame administration is its No-Visa Policy for anyone carrying the passport of an African country. But what I am referring to is a coherent Pan-African Policy, like those of Kwame Nkrumah, which offered a clear direction for our continent.

I agree with Kagame when he told the Summit: “We must create a single continental market, integrate our infrastructure, and infuse our economies with technology… We are running out of time, and we must act now to save Africa from permanent deprivation.”

I do not think there is much to say of the rest of the Executive. For instance, the first vice chair, President Faiz El Saraj of Libya leads a government that shares the governance of the capital, Tripoli with a rival government, and has little influence over the rest of a country with at least four governments. Second vice chair, President Jacob Zuma of South Africa, who I personally love for his anti-Apartheid struggles, has, following the loss of his group in the African National Congress elections, become virtually a lame duck president. The best one can say of the Third vice chair, President Dennis Sassou Nguesso of the Republic of Congo is that he is an enigma. He has been chair of the OAU/AU twice and ruled his country on three different occasions. The first time, for thirteen years, from 1979. The second time, he engineered a civil war, overthrew the government of Paschal Lissouba and ruled for two years from 1997. The third coming of Nguesso was in 2002. In the current dispensation, he has been in office for 16 years and does not seem to be ready to allow fresh ideas. The fourth vice chair is the immediate past chair, President Alpha Conde of the Republic of Guinea.

I agree with Kagame when he told the Summit: “We must create a single continental market, integrate our infrastructure, and infuse our economies with technology… We are running out of time, and we must act now to save Africa from permanent deprivation.” Except that we do not seem to draw from the East Africa Community experience, where all these and much more were achieved. As a first step, let us stick to the implementation of the AU’s 2063 Agenda.

My final submission is that despite the appearance of new faces – Liberia’s George Weah, Zimbabwe’s Emmerson Mnangagwa and Angola’s Joao Lourenco (who replaced Jose Eduardo dos Santos after 38 years as president), Africa has a leadership deficit; a leadership that can drive it towards sustainable development. But we build on what we have, and having the AU, no matter its shortcomings, is quite an achievement.