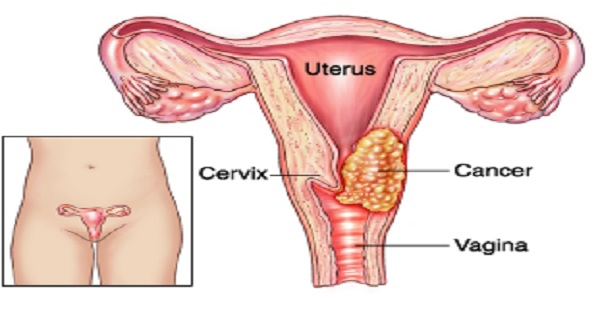 An Indian oncologist, Dr Robin Khosa, on Saturday identified bad personal hygiene as a cause of cervical cancer.
Khosa, a Consultant with Apollo Hospitals, India, in Lagos said that sedentary lifestyles also contributed to most common cancers.

“In developed and undeveloped countries, the most common cancers are those related to bad hygiene like cervical cancer in females.

“Bad hygiene, multiple sexual partners, sexually transmitted diseases and having fewer children are some of the reasons for increasing incidences of cervical cancer,’’ he said.

According to Khosa, women who have few children, those who do not breastfeed and those who have late menopause are prone to breast cancer.

He added that women who did not give birth and those who gave birth late were also susceptible to breast cancer.

“As people grow and progress over time, they become more developed and educated, and so they keep acquiring western habits.

“These are the spectrum of women who are more prone to breast cancer because it is related to sedentary lifestyles,’’ he said.

According to him, it has been proven worldwide that there are better chances of curing cancers at the early stages than late stages.

“Be vigilant for any unusual symptoms in your body: be it ulcer, bleeding, discharge or any abnormal thing.

“See your physician as quickly as possible so that the physician can diagnose the disease at an early stage; early diagnosis is the key to curing cancer,“ he said.

The World Health Organisation (WHO) 2017 Report shows that cancer is responsible for one in six deaths globally.

According to the data, each year, 8.8 million people die from cancer; about two-thirds of these deaths occur in developing countries.

The data shows that Nigeria has had a significant increase in deaths from common cancers within four years.
WHO said that in 2008 breast cancer killed 30 Nigerian women daily, adding that by 2012 this figure rose to 40.

According to the organisation, prostate cancer killed 14 Nigerian men daily in 2008.

“Over 100,000 Nigerians are diagnosed with cancer annually, with a dismal survival rate of 1:5,“ WHO stated.

According to WHO, one-third of cancers are preventable, another one-third curable and the last third can have good quality of life with appropriate care.

World Cancer Day is marked on Feb. 4 yearly to raise awareness of cancer and encourage its prevention, early detection and treatment.