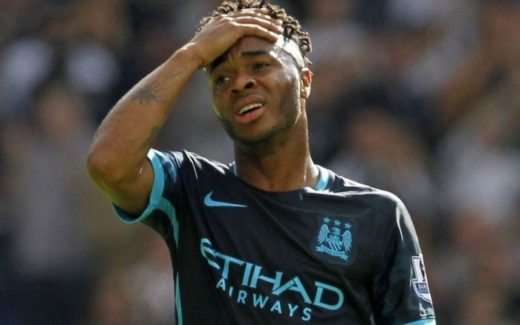 Johann Berg Gudmundsson’s late equaliser for Burnley denied Manchester City victory for only the fourth time in the Premier League this season as Pep Guardiola’s side paid the price for missing a host of chances.

City took the lead through a long-range Danilo strike but failed to turn their dominance into further goals.

BBC reports that Raheem Sterling was guilty of their worst miss when he failed to find the target from six yards after meeting Kyle Walker’s cross at the far post.

Burnley, lifted by a home crowd buoyed by Sterling’s miss, had gone close through Ben Mee and Aaron Lennon, who were both denied by brilliant Ederson saves, but there was no stopping Gudmundsson’s effort.

He ran into the box to meet Matthew Lowton’s cross with a powerful half-volley that City’s Brazilian goalkeeper got a hand to, but could not keep out.

City still extend their lead at the top of the table to 16 points, at least until nearest rivals Manchester United play Huddersfield later on Saturday.

Burnley have now gone nine league games without a win, but the manner of their comeback to hold the runaway leaders will give boss Sean Dyche something to smile about after a disappointing start to 2018.