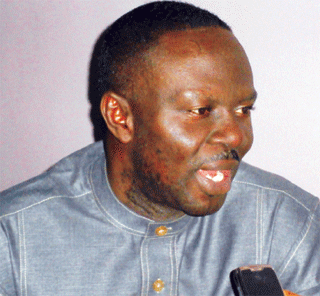 Prince Kassim Afegbua, spokesman to former military president Ibrahim Babangida says the statement issued by the former ruler calling on Nigerians not to vote for President Muhammadu Buhari for a second term in 2019 stands.

Speaking on Channels Television on Sunday, Afegbua said the second statement personally signed by Babangida denying the first one was done by some of Babangida’s friends who did not want him to confront the Buhari administration.

“I have been doing this job for about 14 years now. And I have never issued a statement on behalf of the former head of state and he gave a rebuttal. I got authorisation and commitment from him before I issued the statement. It has been in process,” he stated.

Afegbua said Babangida called him after the second statement went out.

“He has called me to say that the statement still stands,” he said.

“So when the statement was released, some of his friends saw it and they felt we were trying to put the former president on a collision course with the president. So, they went and did a statement to deny that.

“But I have since spoken to him; he called me and said, that statement stands. The kernel of that statement should inform public discourse and not necessarily people personalising it as if it were to be against the sitting president.

“So, the statement stands and I have since communicated to all the media houses that they should respect that statement as coming from IBB. It did not emanate from my head. We sat down, we discussed and articulated them.

“General Babangida wants a new side of leadership, from the younger generation of Nigerians who in his own views have the resourcefulness, the energy and capacity to manage governmental affairs.

“He is not personalizing his statement against the incumbent president. But he is saying, as a stakeholder and a concerned Nigerian, that he shares in the aspirations of the people.”