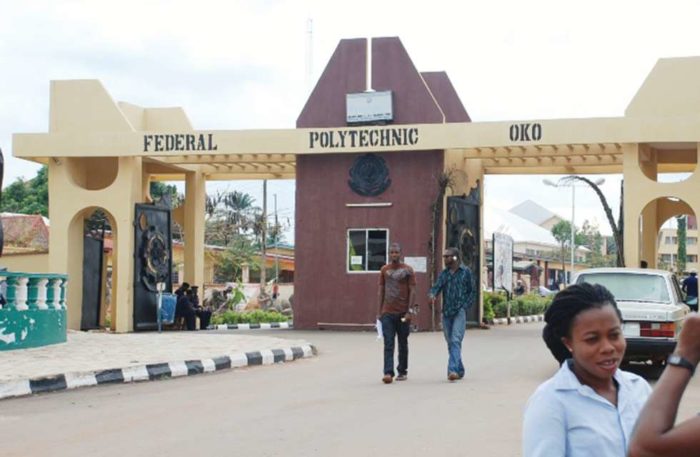 The management and staff of the Federal Polytechnic, Oko in Anambra has expressed its gratitude to President Muhammadu Buhari over the immortalisation of the late former Vice-President, Dr Alex Ekwueme.

The Federal Government had last Friday renamed the Federal University, Ndufu Alike Ikwo, Ebonyi, after Ekwueme during a funeral service for the late elder statesman.

Prof. Godwin Onu, the Rector, Federal Polytechnic, Oko, on Sunday in Oko said that his institution shared in the honour done to Ekwueme because of what the deceased represented to the polytechnic.

“Ekwueme was the founding father of our polytechnic and whatever good associated with him is by extension an honour to our institution,’’ he said.

Onu said that the students, staff, and management of the Polytechnic had rather expected the Federal Government to elevate the Federal Polytechnic Oko to a Federal University.

“Upgrading the Polytechnic, Oko, to a federal university would have been a better way to immortalise Ekwueme because of the enormity of the good works he did in Oko and the entire Anambra,’’ he said.

Ekwueme founded the Polytechnic, Oko, in 1976 when he was the pioneer President-General of Oko Peoples Union.

The late Vice-President led the Oko community to construct the school which the Anambra State Government later transformed to College of Arts and Science before it was upgraded to a polytechnic.

Onu said that the school was glad that the call for the immortalisation of Ekwueme was made real by President Buhari during the burial.

He described the burial rites of the late Vice-President as a “good outing,’’ saying that the school and Oko people were happy with the turn-out of who-is-who in Nigeria during the burial.

“Ekwueme left good legacies as a politician and that explains why many sons and daughters of Oko and who-is-who in Nigeria came to Oko to pay their last respect to him,’’ he said.