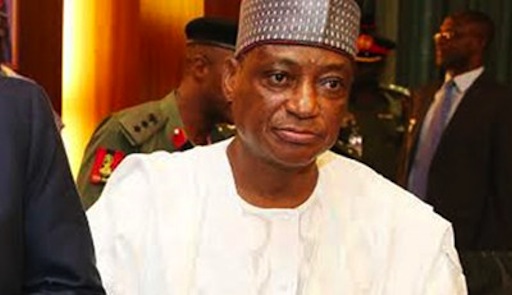 The Federal Government on Monday announced plans to establish a commission for the control of illegal firearms in the country.

The Minister of Defence, retired Lt.-Gen. Mansur Dan-Ali, made the disclosure while fielding questions in Maiduguri at the Special Town Hall meeting for the military and security agencies in the Northeast.

“We have so many proliferations of arms in the country; it is part of my ministry’s responsibilities to control it and it is done initially through a process, which was before a committee.

“Now, through the intervention of the Commander-in-Chief of the Armed forces of Nigeria;

“he has agreed to upgrade it to a commission, whereby there will be very knowledgeable and committed persons who will entrust this commission that will help in assemble and collection of the arms in the hands of criminals across the country,” he said.

Dan-Ali said a committee had already been constituted to work out modalities to facilitate smooth take-off of the commission, adding that the committee is expected to submit its report within three weeks.

The minister said that the federal government had adopted effective strategies to transform the Nigeria Army into a professionally responsive military to enable it discharge its duties in the protection of lives, safeguarding the nation’s territory and peace building.

Dan-Ali also disclosed that the federal government had paid 496 million dollars to the United States for the supply of Super Ticano war jets to the Nigerian Air Force.

He added that various projects had been implemented to ensure adequate supply of logistics and improvement of the soldiers’ welfare.

He noted that a number of operations were being executed by the military to end insurgency, militancy, cattle rustling, kidnapping and banditry in the country.

The minister reiterated government’s commitment to the protection of lives and property as well as guarantee peace and stability in the country.

Also reacting, Alhaji Lai Muhammad, the Minister of Information, disclosed that over N68 billion was earmarked for execution of viable projects in the Northeast.

Mohammed said this is beside the N45 billion allocated for the Northeast Development Commission (NEDC) in the 2018 fiscal year.

He added that over N10 billion was also provided to the Presidential Committee on North East Initiative (PCNI) in 2017.

This, he said, was in addition to the Emergency Food Intervention Programme currently executed by the National Emergency Management Agency (NEMA), and host of other programmes designed to address humanitarian crisis and fast track rehabilitation, reconstruction, reconciliation and resettlement of displaced persons.

Sen. Ali Ndume (APC-Borno South) had during a question session, described the N45 billion allocated to the NEDC in the 2018 appropriation bill as “in adequate”, compared to the quantum of destruction caused by Boko Haram insurgency.

Ndume argued that the total destruction in Borno alone was estimated at over 9 billion dollars, representing about N2.7 trillion.

He explained that the amount provided by the federal government was less than the funds donated by the European Union (EU) for humanitarian interventions in the region.

The meeting was attended by Gov. Kashim Shettima, members of national and state assemblies, traditional rulers, security agencies, humanitarian and community organisations from the six states in the region.