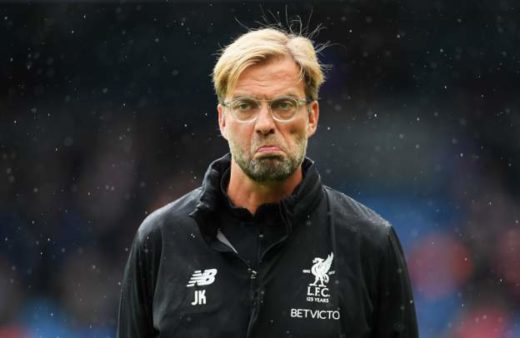 Reds boss Klopp was furious that his side’s chances of a vital victory over their top-four rivals were wiped out in an incident-packed finale at Anfield.

After Victor Wanyama equalised for Tottenham with 10 minutes left to cancel out Mohamed Salah’s early opener, Moss and his linesmen took centre stage.

First, Tottenham were awarded a penalty kick for Liverpool goalkeeper Loris Karius’s foul on Kane, even though Klopp felt the England star was offside.

Kane’s spot-kick was saved by Karius and when Salah put Liverpool ahead in stoppage-time, Klopp must have felt justice was done.

But in the final seconds, Liverpool defender Virgil van Dijk nudged over Erik Lamela and Moss gave another penalty kick, with Kane this time converting from the spot.

Klopp confronted Moss on the pitch at fulltime and still had not calmed down when he spoke to the media.

“I am not allowed to go in their room until half an hour after. It was clear offside, unbelievable, I don’t know what they were discussing,” Klopp said of the first penalty kick.

Speaking about the second spot-kick, the German said: “Yes, Virgil van Dijk touches him, but we all know Lamela wants the touch and we all know there were so (many) hard fouls in the first half and we didn’t get any fouls.

“That was the level for the game today, but then a situation in the last minute like that? Wow! He (the official) wanted to be middle of interest and he is.

“It was clear two sides (of) high quality both wanted to win desperately, but the result was massively influenced by linesman decisions.