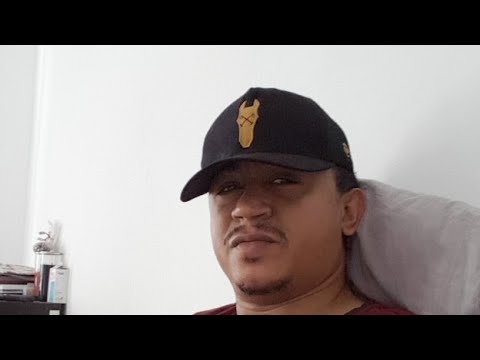 If anybody takes money belonging to them to pay tithe in a Church, it is not the business of any other person. The notion that one person somewhere who has nothing to do with people will say where they can pay tithe is offensive.

Daddy Freeze is a typical Nigerian whom having no role to play in the life of people or anything in common with them, lectures them on what to do with themselves or their money. Paying tithe is a personal decision and everyone who pays tithe knows that the money is not taken to heaven. Many do it because of what they believe and some do it because they want to support the Church voluntarily.

Daddy Freeze is on a bitter campaign against the Church, he made the tithe topic become a national conversation in Nigeria, speaking volume about the man and the country. Of every problem in Nigeria, what matters to this man is tithing and the Church.

When you hear many of his arguments, you will understand that his issue is against the real Head of the Church. All his arguments will crumble under real debate. He said he cannot criticize Islamic clerics because they do not have private jets. Well, private jet is not the worst thing a Church leader can do because it is known and can be useful for the organization and for hired transport, not just that leader.

In fact there are worst things all kinds of religious clerics can do and no one will know. So if bad clerics do not have private jets, are they good?

Daddy Freeze also said pastors should use their private jets to airlift stranded Nigerians in Libya. No, it is not only from Libya they will use their private jet to carry people, it is all the illegal Nigerian immigrants living in Europe, America and other parts of the world. What a senseless argument. Are pastors the only group in Nigeria who have jets?

Do other private and public sector figures not have jets? Why are they exempt but pastors?

Nobody says do not criticize, in fact, there is no organization or public individual who is above criticism but the matter is that if you want to be a smart critique, at least do not be unfair.

A fair argument will be more reasonable not folly spouted and hate directed at the Church.

Whatever the problem anybody has with the Church in Nigeria, it is not the Church that is responsible for the underdevelopment in Nigeria. Some say one Church has branches everywhere, SO? what is wrong with that? and how did that cause fuel scarcity or no light, or poverty or unemployment in Nigeria.

The Church is big and has lots of members. There are Church members who have made their money licitly, and they support the work. In fact there are few members responsible for more of the projects in Church. And talking of projects, most Church buildings and assets are developed over the years.

It is true that there are lots of members in Church who are struggling financially, yes, and why should they ignore the Church in that condition? They live in a country that instead of getting better, it is not. And that mystery affecting them pushed some to believe and just be hopeful in their condition.

Some of these people give 10 naira, 20 naira, or 50 naira in Church, some even return the envelopes empty, and many skip tithing. These little amounts rarely make much difference even for the poorest, so the notion that pastors survive on the money of the poor is false.

And you watch suddenly how tithe became a national conversation, national debate, tithe, contribution without physical force or penalty, tithe. The Church of GOD is such an easy target for criticism. Some Nigerians in diaspora will complain of the Church of GOD, as if it is the Church that caused them to stay away. Others at home too will complain, as if the Church is responsible for government responsibilities.

No one is campaigning in Nigeria against online scams. Parents have lost their children to scams. There is no known direct or indirect campaign or program in Nigeria to discourage new scammers or change the heart of many. But NO, the main problem is tithe and the Church.

Direct and indirect prostitution in Nigeria have grown, many young girls in Universities or working will be ready to offer themselves at a price to anyone. This is also aside from the growing number of whore houses in Nigeria. But prostitution and venereal disease are not the problem, Church and tithes are, OK.

In fact aside from paid workers or staff, most true Churches have contributed more to individuals and growth in Nigeria than many or most corporate organizations and state governments in Nigeria. The major role of the Church is about the Kingdom of GOD and to let the world know about Jesus Christ of Nazareth. Still, some Churches have done lots of good, some have a great welfare department, give scholarships, hold several events for the needy and more and more and a lot more.

Daddy Freeze said a Church should go and pay tithe to the poor in the slums. Well, that is not the definition of the tithing, and there is a lot done for these people, going to them, and those who come, that is so private, not for show, or for the applause of haters who can never be satisfied.

There is usually the argument that children of poor Church members cannot afford to go to Universities owned by Churches. This is not completely the case, but even if it is what people believe, the best thing Church Universities can do for the country is not just to let poor kids attend. After all children without rich parents go to state and federal universities, but that education is not a sure key out of poverty.

Also, children from non-rich backgrounds cannot afford other non-Church owned private Universities. So where is the criticism for them?

So it is better when criticizing to bring all under the same umbrella, that will be fair criticism, but if it is Churches alone, you have a problem.

There are those who have benefited much from being members of a Church. There is so much good done by several Church of GOD parishes that no one hears about, and even if they choose to do nothing, taxes and oil revenues are not paid to the Church.

Nigeria is a free country, if you hate all the true Churches, go and open your own and tell your members you want to build a bridge, or do the work of the Nigerian embassy in Libya or give light to Nigeria. These are good goals and if you do with your Church, thank you. But for the Church of GOD, this is not its primary mission.

Whatever you feel about the Church of GOD, there are those who have genuinely repented, those who have turned away from their wicked ways. So maybe people can ask Daddy Freeze if he wants more prostitutes, more thieves, more scapegrace, more corruption in Nigeria, and more darkness, as if the country has not enough.

Those who go to nightclubs and spend large sums of money on alcohol are they OK to do that but those who pay tithe in Churches should not?

As Churches grow and some member’s lives are touched, with hope for a better morning, does he prefer that entertainment takes over Nigeria, with short fun and emptiness.

In fact entertainment in Nigeria, with lots of new generation vulgarian artists and terrible film plots, entertainment is becoming a bigger problem. It is true that video, posters, cinemas and audio quality has improved but contents are still so poor, rarely worth remembering or qualified for high mark international stage.

It is vaguely similar to black entertainment in the US, which they have focused especially on subpar contents, making many of the fans so empty in a prosperous society and unable to make anything big in corporate US.

Maybe there also need to be a campaign against poor contents in Nigeria entertainment and to remove focus of young people on all the time entertainment, but maybe nobody can champion this, because entertainers will criticize back, and because they are not cheap target, so are banks, oil companies, insurance, telecommunication companies, lotto companies, contractors, some (corrupt) media, state governments and others. Many of these organizations are not helping Nigeria get better, but no one dare mentions them because they have great PR and great legal team, and will starve the campaigners of income.

Daddy Freeze can criticize the Church of GOD all he wants but the Church is not a culprit of Nigerian underdevelopment, there are also fairer opinions towards development that could make him a thoughtful hero for good change in Nigeria.