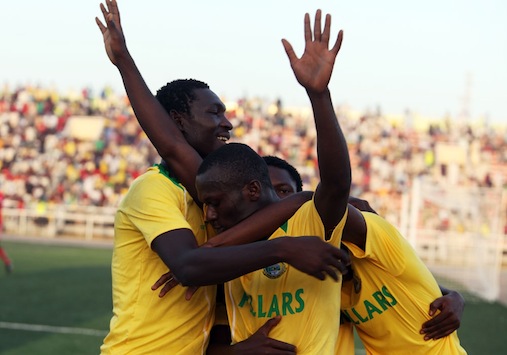 Players of Kano Pillars celebrating after scoring a goal

Junior Lokosa opened the scoring in the 52nd minute through a penalty kick to increase his season tally to seven goals in seven matches.

Subtitute Adamu Hassan scored the second goal in his first touch in the match’s stoppage time.

Lokosa however unrelentingly troubled the MFM FC backline throughout the game.

The Head Coach of Kano Pillars, Ibrahim Musa, told newsmen after the match that his team deserved the maximum points because they played well.

“This is a very good result. We will continue to play hard in order to get three points at home and away,” he said.