2019 general elections: Do not sell your votes, Kanu advises Nigerians 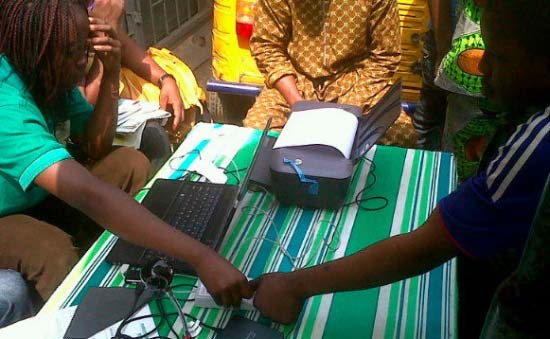 The National Chairman, New Deal Organisation, Daniel Kanu, on Monday in Abuja advised Nigerians not to sell their votes in the 2019 general elections.

Kanu made the call while addressing newsmen on the forthcoming 20th anniversary of the two-million-man-march youth rally held in 1998.

Kalu urged youths to utilise their strength for positive contribution to determine the fortune and future of this nation.

“Do not to collect money from anyone in exchange for votes.

“Do not release your permanent voter cards to anyone because it will be negatively used to mortgage your future.

He stressed the need to enthrone vision 2010 as a blueprint for the rapid development of the country.

Kanu also called on the Federal Government to review the 33-point recommendations of the vision 2010 as well as 2020 document with the view of implementing them.

“These are the projects that would ordinarily impact on the people and the economy but due to one reason or the other, subsequent administrations discarded the polices.

“This is the same as demolishing a ten story building going to 20. You then start again all over from the foundation.”

He said that the contents of the 2010 vision which was put together by 248 prominent Nigerians still remain relevant today.

“The campaign for the enthronement of a government that would ensure the implementation of the vision for the success of the country culminated in the two million man march youth rally held from March 3 to March 4, 1998, at the Eagle Square, Abuja.”

He said that the organisation would be celebrating the 20 year anniversary for the event in March in Owerri, Imo state.

“Hence, we want to use the 20 years anniversary to lunch vision 2030 for Nigeria.

“We want the youths to key into the vision because without vision we cannot move forward as a nation.

“We must demand that anybody that seek election into any elective position in the country must key into the vision,” he said.

He stressed the need for all Nigerians to key into the vision, saying “government alone cannot do it, moving forward required collective efforts”.