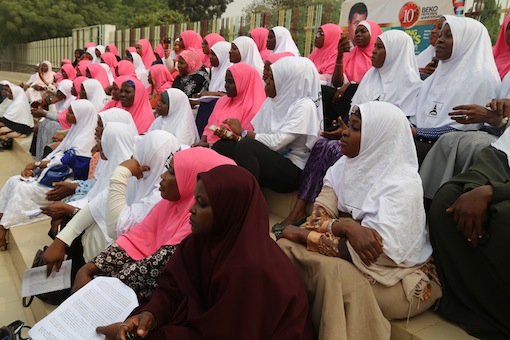 The Federal High Court, Abuja has fixed Feb. 28 to rule on a motion seeking to stop a public hearing of the House of Representatives on why a law student was not called to bar.

The News Agency of Nigeria, (NAN) recalls that a law student, Ms Firdaus Abdulsalam, was not called to the Nigerian Bar on Dec. 13 last year for allegedly breaking the dress code.

When the matter came up on Tuesday, Mr Sunday Akanni, counsel to the applicants, told the court that his clients were seeking to stop the public hearing on the grounds that it was unconstitutional.

He said they were seeking the interpretation of the court with regards to Sections 33 to 45 of the 1999 Constitution as well as Section 88.

“We brought the House of Representatives to court because of the public hearing they scheduled to hold on Feb. 6.

“Our contention is very simple, the public hearing notice they sent is in respect of a lady called Abdulsalam Firdrusa Amasa, who was not called to the bar on Dec. 13, 2017 because she was wearing hijab.

“They say the public hearing is pursuant to Section 45 of the Constitution but we are saying it has to do with violation of rights and it is the court that can look into such matters.

“It is not for the House of Representatives to conduct a public hearing into.

“What we brought to court is that we want the court to interpret Section 46 and Section 88 because when you look at the constitution, from Section 33 to Section 45 it says it is our fundamental human rights.

“Section 46 clearly states, where if any aspect of that section is violated, that person should go.

“And we are saying the House of Representatives cannot hold the public hearing because there is a place where anybody whose right is violated should go, it is not a public hearing, but the court.”

Akanni further told newsmen that all his clients were lawyers under the aegis of Coalition of Lawyers for the Preservation of Legal Practitioners’ Ethics.

According to him, in the legal profession, we have a mode of dressing, so what our coalition does is to check that every lawyer is properly dressed.

“If we see one of us who is not properly dressed, any member of the coalition reports to the most senior lawyer around to caution that person.

“If you do not want to dress as lawyers do, there are other professions you can go to,” he said.