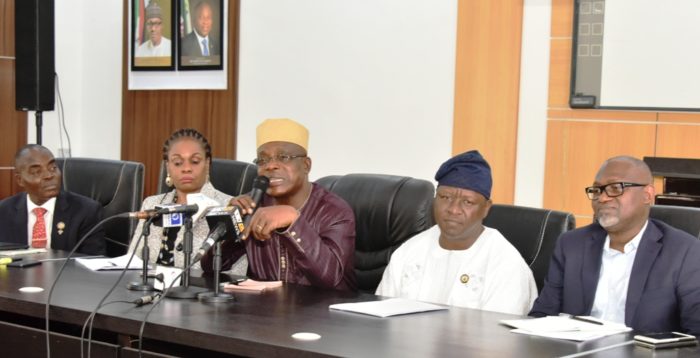 The Lagos State Government on Tuesday vowed to eradicate bureaucratic bottleneck processes in the civil service in a bid to  fast-track development and set the State on the path of sustainable and inclusive growth.

The government also inaugurated a special advocacy campaign to engender growth mindset among civil servants and imbue them the right skills and attitude to contribute to development in the public service.

Speaking at a press briefing held at the Bagauda Kaltho Press Centre in Alausa, the State’s Commissioner for Establishments, Training and Pensions, Dr. Benson Oke said the advocacy, which would initially last between three to six months, would be deployed to fight red tapism, complacency and all forms of attitudes that tend to delay progress and development in the civil service.

He said adequate arrangements had also been firmed up to sustain the advocacy for a longer period with the ultimate aim of instilling growth mindset in all civil servants in the State.

He recalled that since assumption of office, the State Governor, Mr Akinwunmi Ambode had invested heavily in the transformation of the public service through training and workshops designed to bring about improved productivity, deepen knowledge, expand horizon, as well as re-evaluate and sharpen the vision and focus of public servants, saying that the new advocacy is designed to consolidate on the gains of the previous arrangements.

According to Oke, “We are convinced that by having individual officers of the Lagos State Public Service inculcate the ‘growth mindset,’ we can attain a truly effective, productive and transformational public service that will surpass the expectations of all stakeholders.

“In practical terms, our advocacy will be to challenge and encourage all officers of the Lagos State Public Service to embrace ‘growth mindset’ such that the objectives of advancing the economic potentials and moving the State forward can be realised.”

Also speaking, Commissioner for Information and Strategy, Kehinde Bamigbetan said the advocacy would majorly focus on two tracks of training and communication, and also make civil servants to see the people as customers that must be treated with respect and dignity.

The training track, according to Bamigbetan, was meant to ensure that civil servants were trained in skills that would give them right capacity and attitude to take a different view of their services and redefine their work in terms of the content by the audience and customers who patronized the services of government, while the communication track would enable public servants reorganize their thought processes to change their perception and perspective of what they were supposed to do and therefore give them a more proactive and progressive attitude to the people.

He said: “Basically, what we are saying is that government is a service centre and the customer they say is the king. So, for Lagos State, a very industrial environment, a very commercial environment, the most advanced cosmopolitan city in this country, we also have highly sophisticated citizens who deserve services at optimal level.

“This, we hope and believe, will enable us to change the attitude so that every civil servant sees the man on the street as his customer and with this, we would have also recorded major landmark in organizational behaviour which will be something for people to come and study in years to come.”

On his part, Director General, Lagos State Office of Transformation, Creativity and Innovation, Mr Toba Otusanya said the advocacy was intended to change the orientation of public servants as the State moved from standard mega city to an emerging smart city.

“So, it is a change in paradigm and it is not out of place because if you look at what is happening in international best practice and you look at some of the countries in the world that are doing exceptionally well with their public service like Singapore, Dubai and so on, they have shown that all of these things are actually possible with the right attitude and that is what the Lagos State Government is embarking on to transform the public service and take it to the next level,” he stated.