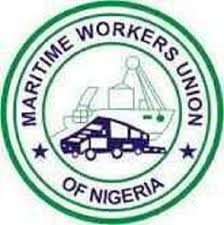 The Maritime Workers Union (MWUN) on Tuesday suspended its strike as the Federal Government pledged to tackle all demands raised by the union.

Sen. Chris Ngige, Minister of Labour and Employment made this known after a conciliatory meeting between the union and the Ministry of Transportation, Ministry Power, Works and the Management of the Nigerian Ports Authority (NPA) in Abuja.

The issues raised by the union includes the deplorable condition of roads leading to the ports, issues surrounding their concessioning and decongestion.

Others are, the poor sanitary condition in and around the ports as well as the need for palliative works on roads while the major construction is hastened.

Ngige reassured the workers of the determination of the Federal Government to tackle all the issues raised by the union.

“This is in order to enhance the ease of doing business and urgently arrest the situation where Nigerian ports constantly lose cargos to ports in the neighbouring countries,” he said.

He said that the end of the conciliatory meeting the parties unanimously, therefore, resolved that the Special Committee on road decongestion to remove trucks/trailers on the road should be brought back.

He said that the personnel undertaking it should also be strengthened.

According to the minister, the collaborative efforts of Ministry of Transport through the NPA, FMWP&H, Dangote Limited and Flour Mills on the two (2) Klm Wharf road should be noted.

“However, these efforts have not been very appreciable as only 10 percent of the work has been done till date.

“The meeting, therefore, called on the lead project company; Dangote to speed up action in terms of galvanizing human and material resources.

“This is in order for them to see that they meet the timeline of the completion of the project in spite of unforeseen challenges,‘’ he said.

Ngige also said that the Federal Government would pursue vigorously the policy of non- establishment of new Tank Farms in the Port areas.

He said that the collaboration between the Federal Ministry of Transport and the Concessionaires at the Ports in terms of movement of Containers by rail should be strengthened.

He said this would ensure that there was no pillage of Trailers on the access road to the Port.

The minister also said that the establishment of 340 (three hundred and forty) capacity Trailer Park by the FMPW&H was a step in the right direction and noteworthy.

He said the meeting also appealed that the final stage of the Shoreline Protection work is completed before the end of the second quarter of 2018.

“The meeting also resolved that a total reconstruction of the major access roads to Tin-Can Port area from Liverpool road via Coconut via Sunrise to Mile2 road should be undertaken urgently and in this direction.

“The Ministry of Transport through the NPA is to synergise and consummate the project before the end of the Second quarter of 2018.

“The FMPW&H which has already captured the road to Tin-Can Port in its 2018 Budget should also do the same for roads leading to other Ports Nationwide,” he said.

The minister added that the sanitary conditions of the surrounding and roads to the Ports should be the Social Corporate Responsibility (CSR) of the NPA and the Authority.

Ngige said the NPA should do the needful to remove the refuse within three months to avoid endangering the lives of workers and Port users.

He noted that the source of funding for the Seven km road from Liverpool to Mile2 should be from Consolidated Revenue Fund (CRF), while the FMPW&H should provide technical expertise.

“In view of this conciliation meeting, the MWUN hereby suspends its intended strike action,” he said.