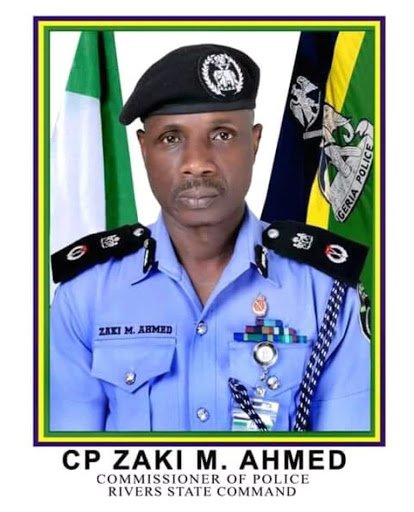 The Rivers State Police Command has arrested the father and stepmother of a 19-year old girl who was strangled to death about a week ago in Port Harcourt.

The 19-year old girl, Chiburuoma Boms in Elekahia Estate, Port Harcourt was murdered and buried in a septic tank popularly known as “Soak away”.

Spokesman of the Command, Nnamdi Omoni told newsmen that the incident leading to the murder of the teenage girl was unbelievable.

Omoni, who is a Deputy Superintendent of Police, said the father of the late Chiburuoma was in detention.

He added that the circumstances leading to the death of the secondary school girl would soon be exposed, adding that those arrested would be charged to court after investigation.

“You can be rest assured that we are not resting on our oars over the killing of the 19-year-old girl. The CP Zaki Ahmed, ordered a full investigation into that crime and that is why we are taking our time.

“We have one more person in custody and the person happens to be the father of the murdered girl. He was on the run but we were able to apprehend him.

“One will wonder why the father was arrested. Well, our investigation revealed that he has a hand in the killing,” Omoni said.

Last month, men of the Elekahia Police Station acting on credible information, stormed Ibe Street in Elekahia, Port Harcourt Local Government Area where one Chiburuoma Boms was allegedly strangled to death and forced into a septic tank by persons said to be her relations.