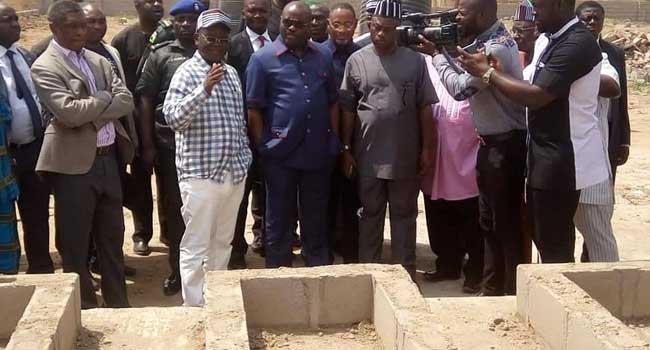 Wike and Ortom at the grave side
Photo: Channels tv

Governor Nyesom Wike of Rivers State on Wednesday led a high powered delegation on a condolence visit to Governor Samuel Ortom of Benue State in Makurdi on the killing of over 70 persons by rampaging Fulani/Herdsmen.

Wike and his entourage were taken to grave side of the victim in Makurdi by Governor Ortom where the innocent victims were buried.

It would be noted the Benue State which is an All Progressive Congress, APC, controlled state has in recent times been at the receiving end of Fulani herdsmen attacks.