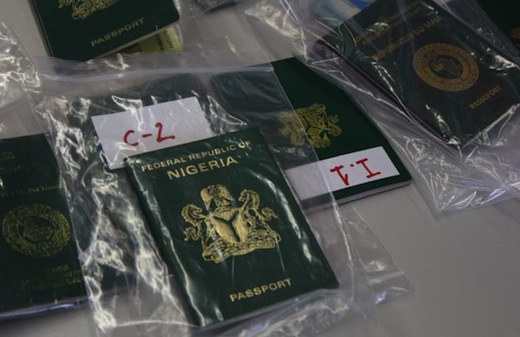 A total of 145,200 passports were issued to intending travellers at Ikoyi Passport Office, Lagos in 2017, about 18 per cent increase over the 118,800 issued the previous year.

Figures obtained by the News Agency of Nigeria (NAN) indicate that the office issued an average of 550 passports per day last year, compared to its daily output of 450 in 2016.

According to sources, the increase in 2017 output was due to scarcity of passport booklets in 2016 which resulted in backlogs in processing the travel documents.

Sources told NAN that the regular supply of passport booklets by Nigeria Immigration Service (NIS) early in 2017 allowed the office to clear the backlogs from the previous year.

“Since the challenges of booklets have been sorted out, we have cleared all the backlogs in Ikoyi Passport Office,” a source told NAN.

Many intending travellers had difficulties in obtaining passports in 2016 due to non-availability of passport booklets.

Following the availability of booklets in 2017, the immigration high command directed all passport offices to extend their working hours to 2 p.m. on Saturdays in order to clear the backlog of passport applications.