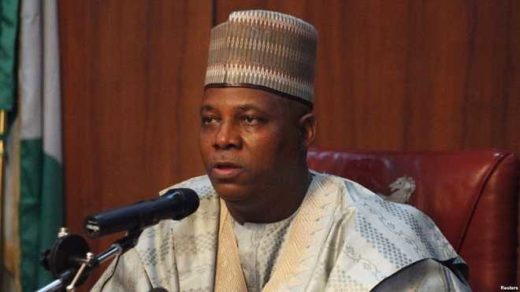 The Borno Government says it has reconstructed over 50,000 houses; clinics, classrooms, water points, police stations and other public structures destroyed by the Boko Haram insurgents in the past two years.

The state Commissioner for Reconstruction, Rehabilitation and Resettlement, Prof. Babagana Umara, stated this at a town hall meeting in Maiduguri.

Umara said the projects were executed in liberated communities in 16 local government areas of the state, under its Reconstruction, Rehabilitation and Resettlement (RRR) programme.

He explained that the projects were designed to fast track rehabilitation and resettlement of persons displaced by the insurgency.

“For us to achieve maximum security in the region the military operation must be accompanied by stabilisation and intelligence.

“The Borno Government has so far started reconstruction projects in 16 local government areas; basic amenities like water, health and education were being provided by the government.

“About 26 mega schools are under construction so as to take care of the increasing number of orphans in the state.

“ likewise other local government councils: Gwoza, Chibok and Damboa, among others, have received similar attention”.

He noted that the state government had implemented various programmes to augment interventions by the Federal Government and development organisations to mitigate the effects of humanitarian crisis caused by the insurgency.

The commissioner stressed the need for establishment of civil authorities in the communities, to facilitate voluntary return and resettlement of displaced persons to their communities to resume their normal lives.

“The issue of reconstruction, rehabilitation and resettlement is very important because without return of civilian authorities in their localities there should be no complete peace.

“ Boko Haram will remain in the enclaves as long as there is no human population in the areas”.

Also, Sen. Ali Ndume (APC-Borno South) urged the Federal Government to deploy police and other security personnel to the liberated communities to enhance the resettlement process.

Ndume noted that the total destruction in Borno State was estimated at over 9 billion dollars, representing about N2.7 trillion.

According to statistics by Borno Government, over 20,000 persons were killed and over two million others displaced by the insurgency in the state.

It shows that 986, 453 residential homes; 5, 335 classrooms, 201 clinics, 1, 630 water facilities, 726 electrical distribution stations and 800 public structures were destroyed by the insurgents in 27 local government areas of the state.