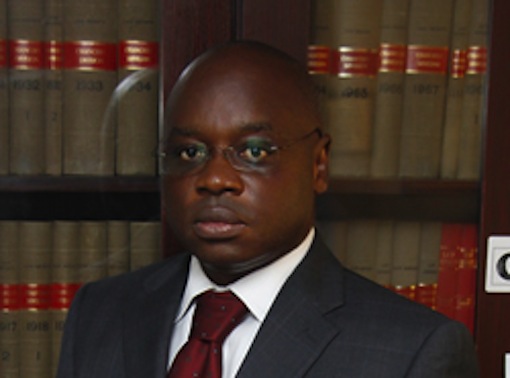 Nwobike, prior to his re-arraignment, is facing similar charges of offering gratification to a public official,  perverting the course of justice and giving false statements to an official of the EFCC.

He, however, plead not guilty to the newly amended 18-count charge of offering gratification to a public official,  perverting the course of justice and giving false statements to an official of the EFCC.

The new charges border on the exchange of text messages between the SAN, judges and court registrars as well as alleged gratification to Justice Mohammed Yunusa of the Federal High Court, Lagos.

The anti-graft agency alleged that on March 4, 2014, Nwobike instructed Ogunleye (Justice Kurya’s registrar) to prevail on Justice Kurya to discharge a court order and on Dec. 15, 2014, he allegedly gave Ogunleye an envelope containing cash to give the judge.

It was also alleged that on March 4, 2014, Nwobike sent a text message to Ogunleye, saying “let Oga discharge that order.”

It is alleged by the EFCC that the instruction was acted upon with Ogunleye replying, “I ‘ve told Oga the last time you called me that you are in Abuja sir, and he said there should be a cogent from you before he can do that sir. Just see him after court session sir, this is confidential sir, pls.”

The EFCC alleged that the embattled senior advocate exchanged text messages with some judges of the Federal High Court, Lagos.

Nwobike had on Nov. 27, 2015 sent a text message “FHC/L/CS/1799/15 between Godwin Nwekoyo and Inspector General of Police” to Justice Musa Kurya.

The EFCC said on Sep. 23, 2015 Nwobike sent a text containing Suit No. FHC/L/CS/1471 between Mr Simon Adohmene and the EFCC to Justice Yunusa.

It is also alleged that the SAN sent a text to Justice Yunusa for the assignment to his court of Dr Olufemi Thomas Vs The EFCC with suit no. FHC/L/CS/1445/2015.

On June 4, 2015 Nwobike in the nee charges allegedly suggested by text that Suit No. FHC/L/CS/794/2015 between Transnational Corporation and Attorney General of the Federation be assigned to either justices Yunusa or Saidu.

On Feb. 12, 2015 Nwobike had suggested in a text message that Suit No. FHC/L/CS/127/2015 between AMCON and Delta Steel Company Ltd be assigned to either Justices Yunusa or Aneke.

The EFCC also in the charges alleged that Nwobike on a text message to Mr Jide a Federal High Court Assistant Registrar ordered that the case Odefa Obasi Odefa and the Security Exchange Commission (SEC) with Suit No.  FHC/L/CS/13/2015 be assigned to either Justices Yunusa or Aneke.

On Oct. 8, 2014 Nwobike allegedly sent a text to Mr Jide with these words “Combase Energy Ltd and Anor Vs UBA Plz and Ors. FHC/L/CS/1492/2014, Saidu thanks, sorry Kurya, he said he will start sitting next week,  thanks.”

On June 30, 2014 Nwobike allegedly sent a text message to Mr Jide saying, “FHC/L/CS/1009/14, Lantern Olaoluwa and Federal Ministry of Power and Steel,  Yunusa J,  important Sir, please help me with this one,  it had urgency, I will show tomorrow, goodnight my Lord.”

On March 13, 2014 Nwobike is alleged to have sent Mr Jide a text message stating “Suit No: FHC/L/CS/347/14 between Professor Emmanuel Adegbeyeni and six others and Mr Biodun Agbaje and 15 others Yunusa.”

The anti-graft agency also alleged that on Feb. 26, 2016, Nwobike made a statement to Mr Zakari Usman, an official of the EFCC.

The SAN allegedly told the EFCC investigator: “The only judicial officer that I had assisted financially is Justice Yunusa of the Federal High Court, Ikoyi, Lagos.”

Justice Raliatu Adebiyi adjourned the case until April 30 for trial.